Ok, before we get to the main point of why we called Salman Khan’s preaching on reckless driving an irony, let us take you back in the past.

If you are living under a rock, in year 2002 Salman Khan’s Toyota Land Cruiser car dived on the footpath which killed one person and four people injured. His car went onto the footpath where people were sleeping and then crashed into the bakery in Bandra. Salman Khan’s hit-and-run case went on for than a decade, and during this time, a key witness was died. In the end, he was acquitted due to lack of evidence.

On World Environment Day, 5 June, our bhai Salman Khan launched e-bicycle under the his brand Being Human. Salman launched BH 12 and the BH 27 cycles which range from Rs 40,000 and go all up to Rs 57,000. 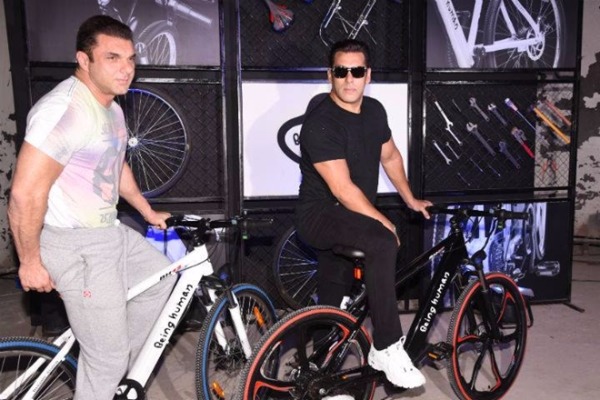 During the event he said:

“I think cycles are okay but motorcycles are really dangerous for them (youth) and for other people around. We shoot in Film City, so I see on the highway people racing and recklessly. Back in the time, there used to be races at the reclamation, I lost a friend of mine. I am against that. If you want to race, do that on the racing tracks. Don’t use main roads and out yourself and others, who are travelling with you, in danger.”

.@BeingSalmanKhan gives a word of advice on road rage: If you want to race, do that on racing tracks. Watch videohttps://t.co/QC3TVntl6F pic.twitter.com/3dFwVpxeqj

says a man who is famous for …..Rage.

Today is officially the beginning of GHOR KALYUG . #whatajoke

If you want to drive a car , drive it on roads and not on foot path

Hollywood Star George Clooney, Wife Amal Announced Birth Of Their Twins In The Most Funniest Way

The actor is preaching us on how to drive and where to drive, but then why was his car rammed on footpath which killed and injured people. We are not commenting on who was driving the car on that day, because court does not think it was Salman. However, it’s Supreme Court call now to decide whether it’s right or wrong acquitting him.

What an irony! A man who drove on people is preaching us.