Aditya Chopra’s directorial comeback ‘Befikre’ starring Ranveer Singh an Vaani Kapoor is making just the right kind of buzz. Be it the trailer launch at Eiffel Tower or the trailer which has striptease, kisses, and the kind of ‘Befikre’ attitude that can easily offend our Censor Board, this one has become a hit amongst youngsters before even hitting the screens. But hey, not just the current generation, but here is our Chintu ji aka Rishi Kapoor, who is mighty impressed. He just said something about the trailer that will have Ranveer Singh hula hooping! 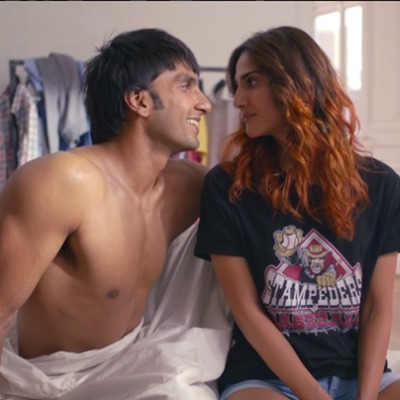 The veteran actor compared the trailer to his superhit film ‘Chandni’ which is considered one of the cult romances even to this date! Now that will make the team of ‘Befikre’ very happy.

No matter what others might say, Rishi Kapoor is still a youngster at heart. If he can stomach and admire such a steamy trailer at this age, we definitely call him cool then.

‘Befikre’ starring Vaani Kapoor and Ranveer Singh, marks the directorial comeback of Yashraj scion Aditya Chopra after 8 long years. The expectations are mighty high. Let’s see if this can break the box office.

0 0 0
Previous : Official Release Date of Deepika, Ranveer and Shahid’s Padmavati is Finally Out
Next : Om Puri Belts Out Tweet After Tweet, and Is Under Fire Once Again