Legendary Bollywood actor Raj Kapoor’s wife Krishna Raj Kapoor passed away at the age of 87 during the wee hours of morning at around 5 a.m. on October 1, 2018. Senior most member of the Kapoor Khandaan, Krishna breathed her last in her Mumbai’s Chembur home and the reason for her death is said to be a cardiac arrest.

Confirming Krishna’s death, her eldest son Randhir Kapoor spoke to PTI and said, “My mother passed away at about 5 am today due to cardiac arrest… old age was another factor. We are deeply saddened by her demise.”

The first post, a family picture from a Paris vacation featuring Krishna Kapoor, Neetu Kapoor and Riddhima was captioned with: “I love you- I will always love you – RIP dadi❤️” (sic)

I love you- I will always love you – RIP dadi ❤️

A post shared by Riddhima Kapoor Sahni (@riddhimakapoorsahniofficial) on Sep 30, 2018 at 8:07pm PDT

The second post, a picture of Riddhima with her grandmother was captioned with: “Love you so much RIP ❤️??” (sic)

A post shared by Riddhima Kapoor Sahni (@riddhimakapoorsahniofficial) on Sep 30, 2018 at 8:08pm PDT

As per Randhir Kapoor’s statement, Krishna Raj Kapoor’s mortal remains will be taken to Chembur Crematorium for last rites.

While Krishna’s sons Randhir and Rajiv Kapoor are in Mumbai, Rishi Kapoor left for USA on Sunday for a medical treatment.

Ever since the news of Krishna Raj Kapoor’s demise has been circulating in the media Bollywood celebrities have flooded social media platforms with condolences.

I am so sorry to hear of the passing of #KrishnaRajKapoor The few times I interacted with her were so memorable; she was an incredible personality full of life and passion and with never a hair out place! She will be missed greatly. My deepest condolences to the family.

.???? Condolences to the entire Kapoor family. An era passes away,#KrishnaRajKapoor .God give you strength,and may the soul rest in peace. Om Shanti. @chintskap

Such sad news this morning.. the most beautiful lady of our industry Krishna Raj Kapoor passes away.. my heart goes out to the entire family.. Krishna Aunty may you rest in peace.

Saddened to hear the demise of #KrishnaRajKapoor ji my deepest condolences,
May God give immense strength to whole family. #OmShanti ? pic.twitter.com/ATYbd8kaYK

Deeply saddened to learn about the sad demise of Smt. #KrishnaRajKapoorJi. She was one of the most dignified and affectionate ladies that I met. May her soul rest in peace. My condolences to the entire Kapoor and Nanda family. Om Shanti.? pic.twitter.com/G4IMSuFbZJ

Deeply saddened to learn about the sad demise of Smt. #KrishnaRajKapoorJi. She was one of the most dignified and affectionate ladies that I met. May her soul rest in peace. My condolences to the entire Kapoor and Nanda family. Om Shanti.? pic.twitter.com/G4IMSuFbZJ

Elegant, regal and loving – that’s how I remember Krishnaji from the few times that we met. She will be dearly missed. Condolences, love and prayers to the family. #KrishnaRajKapoor 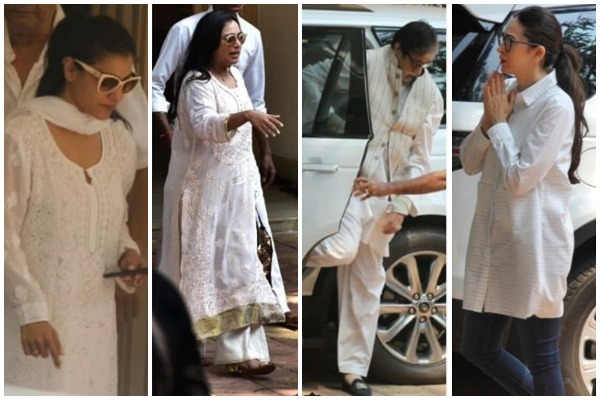 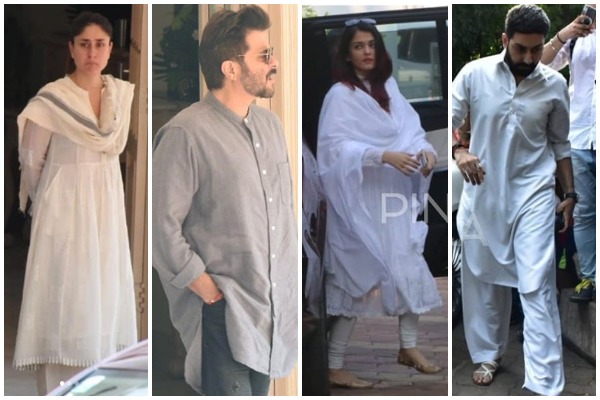 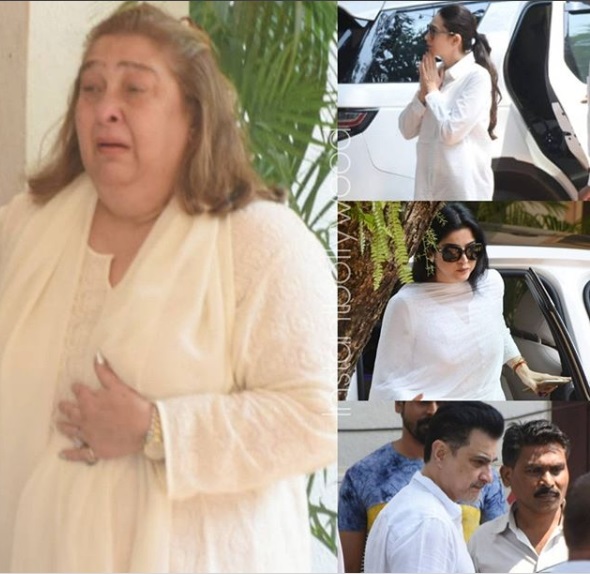 Krishna Raj Kapoor was born on December 30, 1930. She married Raj Kapoor in 1946. Our thoughts and prayers are with the Kapoor Family during this difficult time.