In our last post we told you all about Priyanka Chopra and Nick Jonas’ romantic love story. As the couple have kick started their pre wedding festivities with performing a puja back at Priyanka’s Mumbai residence, the couple have touched down Jodhpur where the haldi, mehandi and Christian wedding will begin from today and will eventually tie the knot on Dec 02.

The grand weekend wedding of Priyanka and Nick is garnering international attention and why not, as many global celebrity names are on Priyanka Chopra-Nick Jonas’ wedding list is expected.

Keeping her wedding strictly a private and no smartphones allowed, Priyanka and Nick’s wedding venue is all lit up and public entry is banned. Here are the celebrity family and friends who have started arriving at Jodhpur airport to witness the big fat Indian wedding of Priyanka Chopra and Nick Jonas. The guests gets a royal welcome at the hotel with drummers playing the royal beat.

Nick’s brother Joe Jonas and his fiancée Sophie Turner were the first one to arrive for the wedding. The couple arrived Mumbai on 28th Nov and headed for the dinner with Nick and Priyanka, where massive crowd of paparazzi were clicking them. Yesterday, singer’s elder brother Kevin Jonas and his wife, Danielle, too arrived for the wedding. Danielle was missing from Priyanka’s Amsterdam bachelorette party as she was busy moving into a new house. 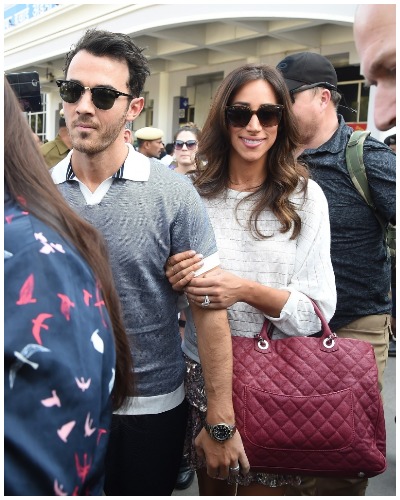 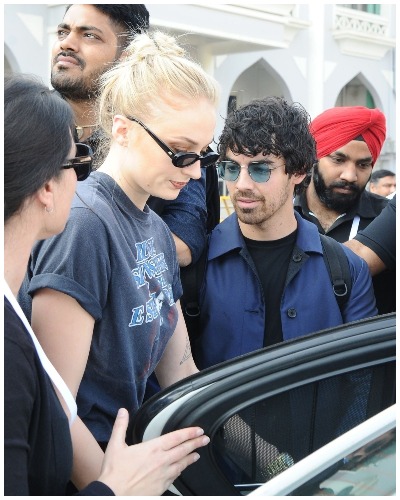 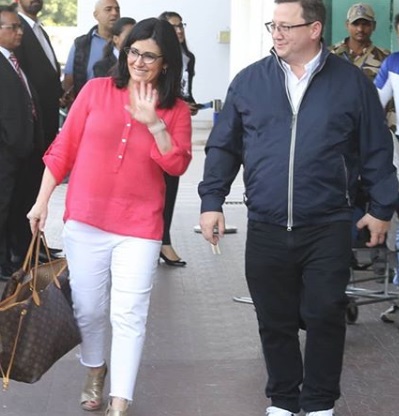 Apart form his brother – Kevin and Joe, and, Priyanka’s brother Siddarth Chopra, Jonas’ Kingdom co-star Jonathan Tucker is the groomsmen of Nick and arriving for the wedding to India. The duo share great bond and brotherly hood.

to win makes you a hero. to lose makes you a man. HAPPY BIRTHDAY, my dear friend & brother. #mayweathermcgregor

Nick And Priyanka To Have Both Hindu And Christian Wedding In India: Read Details

Lilly Singh aka superwoman is a famous you tube celebrity invited for Priyanka and Nick’s wedding, who is already in Jodhpur.

We were all excited to see Meghan Markle at PeeCee’s wedding but there is a disappointing news guys. Priyanka and Meghan’s friendship dates back to 2016 and it grew stronger. Priyanka was one of the most talked celebrity for her outfits she wore during Meghan Markle’s wedding with Prince Harry in May 2018. However, Duchess of Sussex won’t make it to Priyanka’s nuptials in India as Meghan is four months pregnant, making it impossible for her to travel.

Dwayne Johnson is expected to attend the wedding as he is a good friend with the bride and the groom, both. He worked closely with Nick during Jumanji: Welcome to the Jungle and the Baywatch movie with Priyanka.

It is expected that Priyanka Chopra’s girls gang who attended her Amsterdam bachelorette party and bridal shower party in NY are expected to attend her wedding. Actor Jack McBrayer of 30 Rock fame has touched down Jodhpur for the wedding. The wedding guest list includes powerful celebrity names including entrepreneur Elizabeth Chambers and her husband Armie Hammer, Natasha Pal, Dana Supnick-Guidoni, Kelly Ripa and Lupita Nyong’o.

A haldi ceremony has been planned for Friday followed by a cocktail party before the big day. The stars will tie the knot in two ceremonies, a Hindu and a Christian one.