Bollywood actress Priyanka Chopra’s Hollywood debut film Baywatch’s promotional stint is too hot to handle. Priyanka’s crazy fans just can’t wait for the film to hit the silver screens in India on June 2. The USA release of the film is scheduled for May 25 and seems like the actress has taken the promotions of the film to heart. Despite being in the west, PeeCee is giving the feel the Baywatch right from there.

Her recent bikini pictures will make your jaw drop. Recently, Priyanka Chopra along with Adriana Lima, who is better known as Victoria’s Secret Angel was spotted at a beach in Miami, Florida. The Bajirao Mastani actress was having some real chills by the beach as she was seen sporting a hot strapless bikini top with a low-slung bottom. 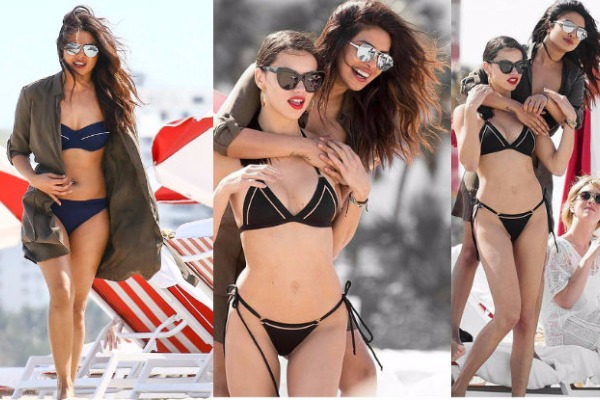 Oh boy, she is making the most of her time in Miami and once again, PeeCee was spotted in her bikini avatar at the beach. On Mother’s Day, the actress spent the day with her girls at a beach. Sporting a green-and-white bikini, Priyanka is looking drop dead gorgeous and has surely managed to turn heads. These pictures of her are currently breaking the Internet, believe me.

If you haven’t seen them yet, just check it out now! 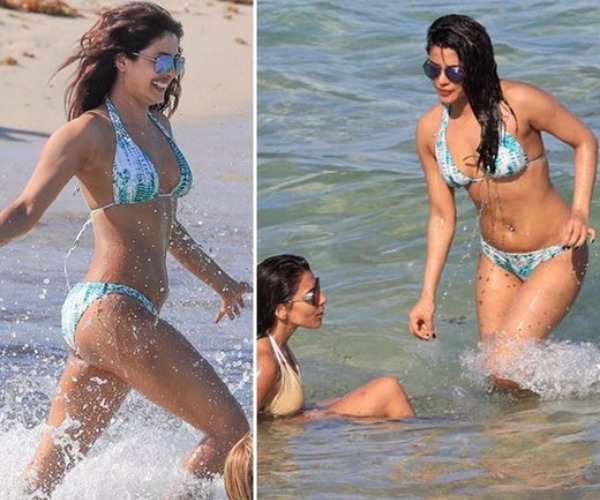 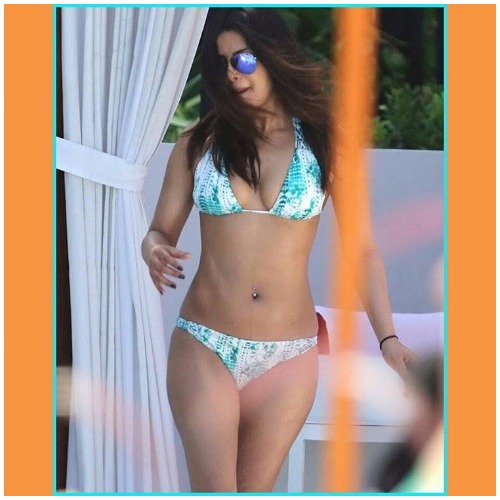 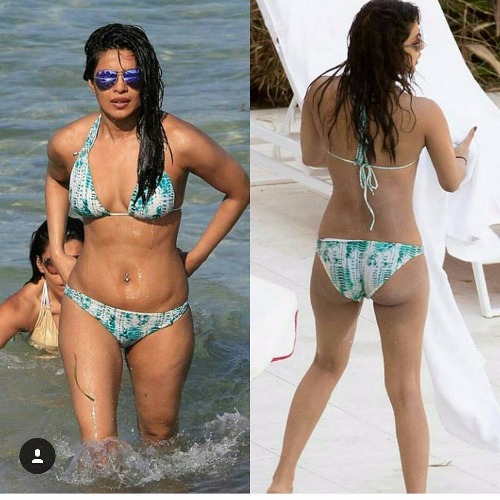 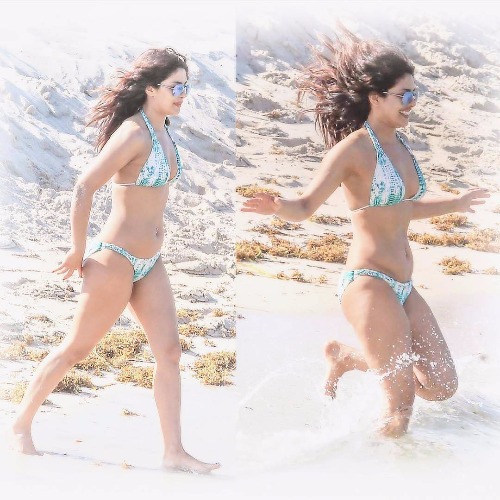 Priyanka also shared a selfie of her with a caption, “Last few hours of  chill..poolside bummery with @mubinarattonsey#Miami“

Meanwhile, Priyanka Chopra has signed second Hollywood project titled ‘A Kid Like Jake’ in which she’ll share screen space with Jim Parsons, Octavia Spencer and Claire. Reportedly, the actress will play the role of a single mother in the film.