The wedding bells are ringing for the Ambanis! Nita Ambani and Mukesh Ambani’s eldest son Akash Ambani is formally getting engaged to diamantaire Russel Mehta’s daughter Shloka Mehta. While the official ring ceremony will take place on the June 30th, tonight Bollywood is gathering at the Ambani residence for a pre-engagement bash!

Decorated with flowers in the shades of pink with smatterings of white flowers— Antilla’s entrance looks absolutely divine!

Amazing decoration today at antila. Been there once for a shoot but they make you sign so many documents and do so many checks that you feel like a prisoner. ??? We are happy standing out in the rain and no one questions us. And we all love our egos ??

Talking about the the to be bride and the groom , Akash Ambani and Shloka Mehta looked beautiful together. Shloka dressed in an elegant Sabyasachi pink lehenga with heavy traditional jewellery—Shloka looked every bit of the blushing bride. Complementing his bride-to-be Akash wore an embroidered purple bandgala kurta with blingy buttons teamed up with white trousers. 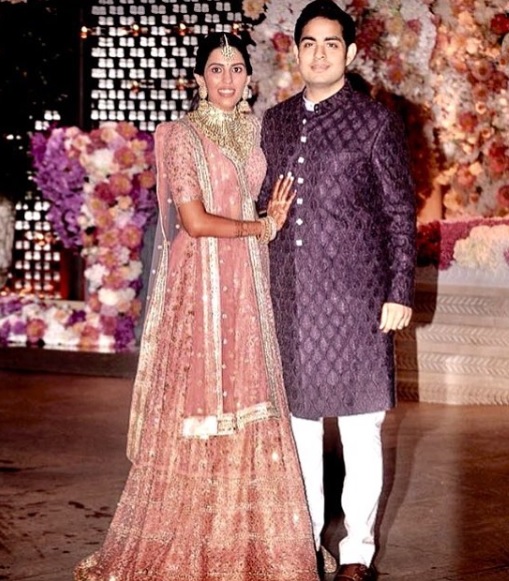 Isha Ambani clad in an elaborate pink lehenga welcoming the bride-to-be Shloka and groom-to-be Akash. Isha appeared to be following instructions from a pandit while regally dressed Nita Ambani looked on along with other family members. Towards the end we see Shloka bending down and touching Isha’s feet. Watch the video to find out what happened next! 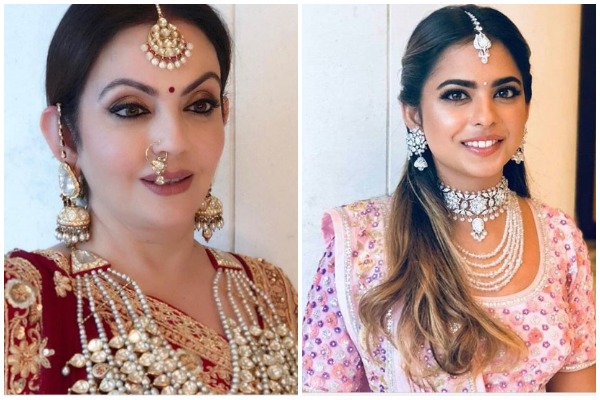 Among the first ones to arrive at the Ambani residence was a traditionally dressed ‘Sanju’ actor Ranbir Kapoor along with Ayan Mukherji. Filmmaker Vidhu Vinod Chopra arrived with wife Anupama Chopra. 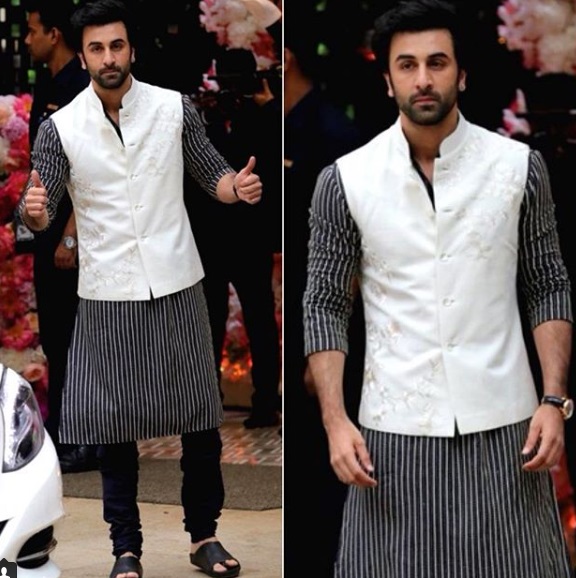 Alia Bhatt made an appearance looking radiant in a pink saree while sporting matching earrings and flower-adorned hair. 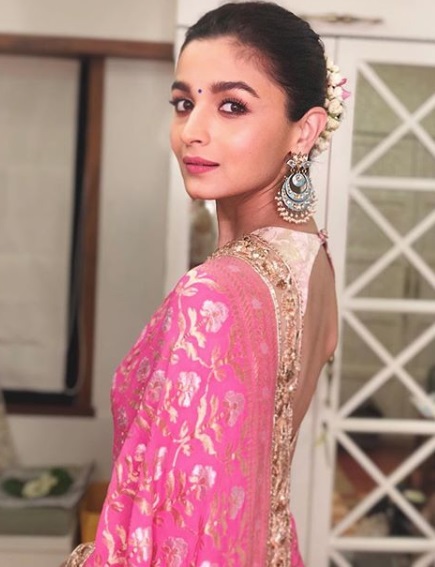 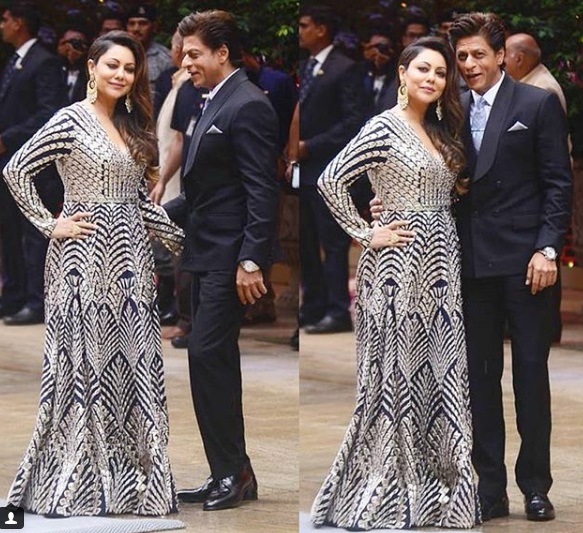 Karan Johar, too posed for the shutterbugs while sporting a red velvet Manish Malhotra’s bandgala jacket with golden detailing along with white trousers. 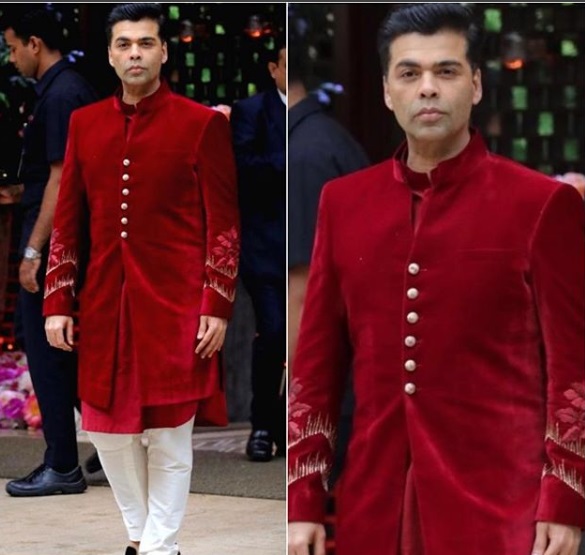 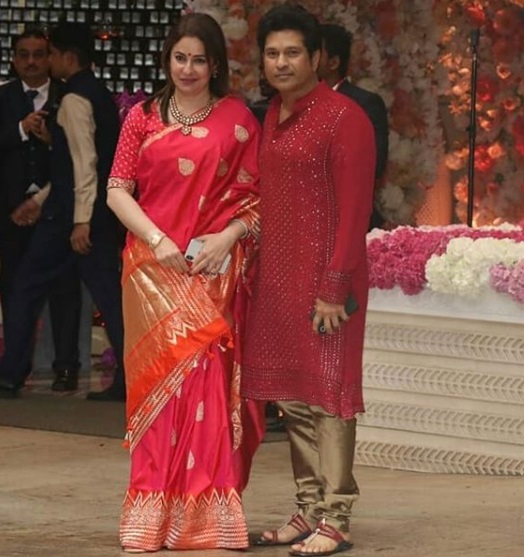 However, the highlight of the guest list was desi girl Priyanka Chopra and her American singer beau Nick Jonas! Priyanka and Nick made couple entry holding hand-in-hand at the Ambani’s engagement party. The ravishing ‘Quantico’ actress was all smiles in red saree with a gold embellished border and a matching blouse. Nick looked dapper in a midnight blue suit teamed up with a button down white shirt.

Wow! Priyanka Chopra, Nick Jonas To Get Engaged Next Month 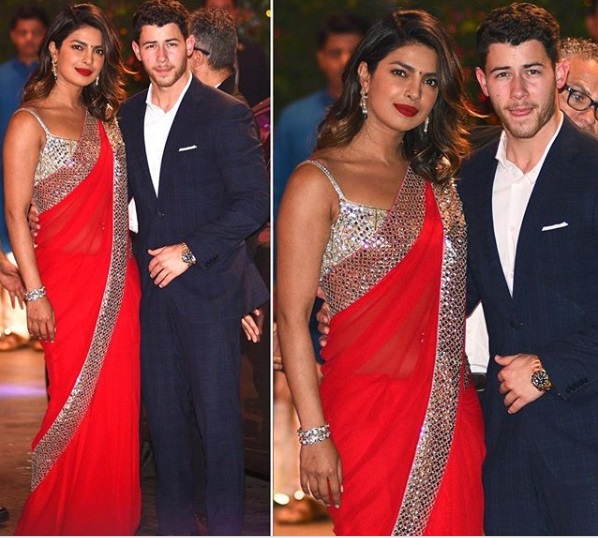