The former reality TV star and the actor have separated their ways after Chris Zylka’s romantic proposal to Paris Hilton during New Year’s weekend in Aspen, Co.

“Their relationship moved really quickly, and she realised he wasn’t right for her. She wishes him well and hopes they can remain friends,” an insider said.

“Paris and Chris have been having issues for over six months now. They pushed back the wedding because Paris was having cold feet and didn’t know if she was ready to marry him,” said one insider. “They had a great run and they really loved each other, but she knew he was not her forever guy and could not go through the whole process while having these feelings.”

“No one is shocked and they all knew once she pushed the wedding, that something was definitely up,” one source shared. Another insider added, “No one thought a wedding was really going to happen. Paris wants a wedding and children but not necessarily a life with Chris.”

Chris and Paris have been leaving separately since several weeks and the couple have not even attended events together which became a talk of town.

If you are not living under the rock, Chris, 33, proposed to Paris, 37, on a romantic getaway in January 2018 during their ski trip in Aspen, Colorado. Chris put Paris an engagement ring which was 22-carat and worth $2 million.

Paris Hilton recently revealed on her Instagram post about her split from her then fiance Chris Zylka through Marilyn Monroe quote. She posted a picture and wrote: “I believe that everything happens for a reason. People change so that you can learn to let go. Things go wrong so that you appreciate them when they’re right. You believe lies so you eventually learn to trust no one but yourself. And sometimes good things fall apart so better things can fall together.”

My favorite Marilyn Monroe quote. ✨”I believe that everything happens for a reason. People change so that you can learn to let go. Things go wrong so that you appreciate them when they're right. You believe lies so you eventually learn to trust no one but yourself. And sometimes good things fall apart so better things can fall together.”✨

Before posting this picture, Paris also shared a video and wrote: “Miss independent”. She addressed her break-up with Ne-Yo’s “Miss Independent” played in the background.

Not sure if Chris wanted this break-up and doubt if he was even ready to take this heart ache. The actor must have been going through really tough phase as he had also inked a tattoo of Paris’ name on his forearm in a Disney font. 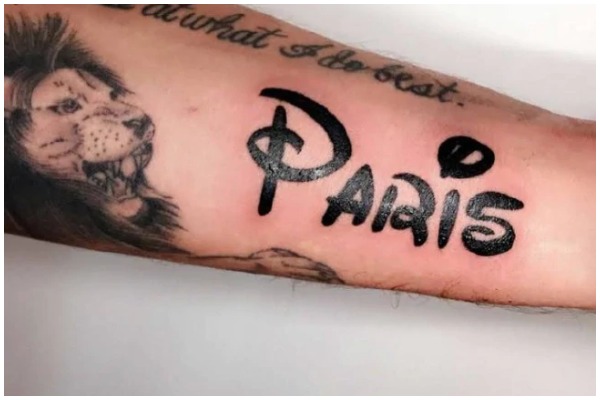 What do you think? Will Paris Hilton return the rock to Chris for which she once hired 24/7 security to protect her engagement ring?