PeeCee chose such a daring dress which is tightly holding her body with exposed sides. She experimented the new daring look and she graced it adorably. Make-up by patidubroff and styled by Cristina Ehrlich. We loved the gown and the sexy back slit.  The 34-year-old actor attended the 89th Academy Awards night with Baywatch co-star Dwayne Johnson. Also we loved the diamond drop earrings. She also attended the Oscars 2017 pre-awards cocktail party. 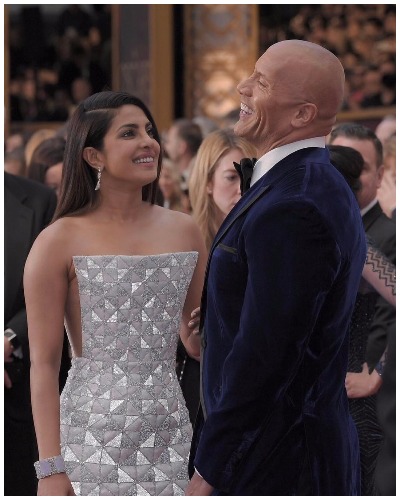 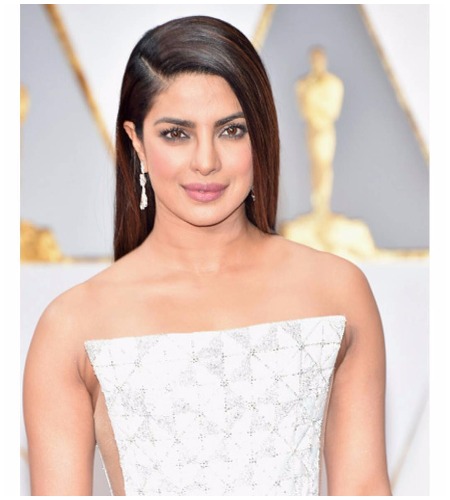 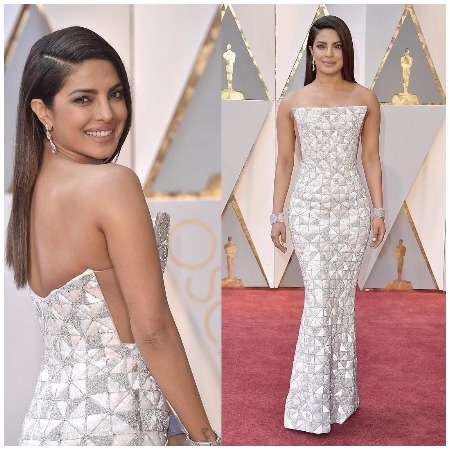 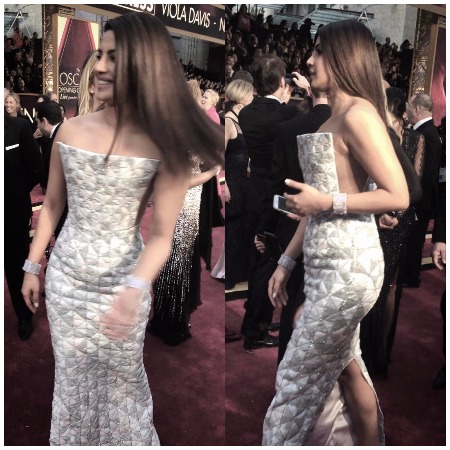 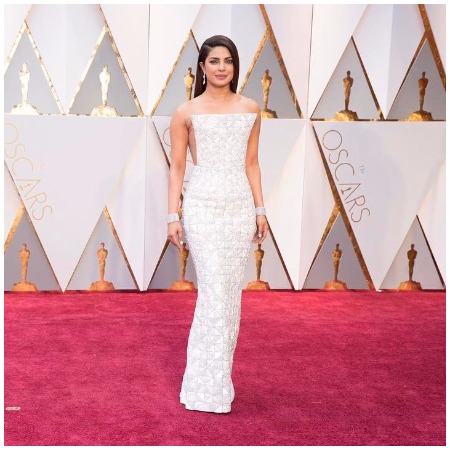 On the work front, Priyanka is making her Hollywood debut opposite Dwayne Johnson in Baywatch. The movie release date is 26th of May. Currently the actress is busy shooting for Quantico series.