The Uri Attacks and its aftermath has been known to all, the most popular and publicized one being ban on Pakistani artists from working in Bollywood. On this, everyone had something or the other to say, be it film fraternity, or common people. However, no matter how divided people might have been in opinions, they stood firm on the fact that our army officers were doing whatever they can to protect us and ensure that we lead a normal life, no matter how grave is the unrest on the border. Amongst all this, came the statement of Om Puri, who got quite heated up during a debate on a leading television channel, and stated that soldiers join the army of their own will and accord, so there should not be much hullabaloo about the sacrifices that they are making, as none was forced to join the army.

Also Read: Om Puri Just Dishonoured the Memory of a Slain Soldier, and India is Not Pleased

This comment from the veteran actor drew flak from almost everyone, including his colleague Anupam Kher, who acknowledged respectfully and with pain that he did not expect this from him, and Ashok Pandit. Not to forget, a whole bunch on Twitteratis that trolled him left, right, and centre for it. So much was the impact of his statement, that even an FIR was filed against the actor. 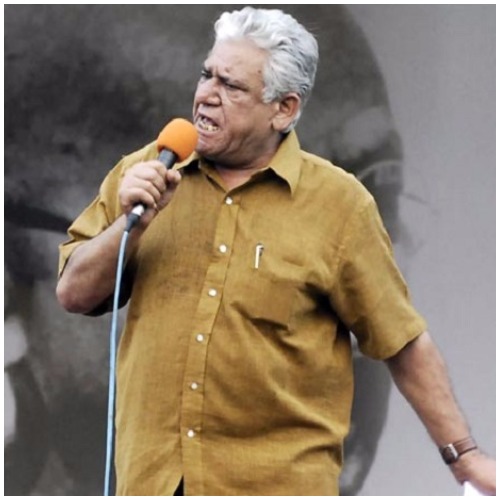 Puri, however, soon realized his mistake, and went on to issue a statement on the same, saying, “I am very embarrassed at what I said and I deserve punishment, not forgiveness. I first apologise to his (an Uri attack martyr) family, if at all they will forgive me, I apologize to the whole country, the army. I know it’s not justified that you say so much and then think a sorry will make it right.”

He further said, “I am guilty and I deserve a punishment. I want to be tried by the army, I should be court-martialed. I want a constructive punishment. The army should teach me how to use weapons and send me on the same site where that brave man was sacrificed himself for the country. I don’t want to be forgiven. I am pleading to the nation I want to be punished.”

Seems like he did realise where he went wrong while being in the heat of the moment. Hope the sanity remains, as we need to put our intellectual and compassionate selves forward during these hard times.