After all the rumours of who is in and who is out, who is throwing tantrums around while shooting for the movie ‘Padmavati’ we were all a bit confused and were not sure if Sanjay Leela Bansali would be able to make this movie or not. Well ! Well! Well! Its been made a official declaration of the movie release date along with the names of the lead roles.

Also Read: Deepika Padukone to be Ranveer Singh’s Padmavati in Her Upcoming Film

Shahid Kapoor will play the role of Deepika’s husband Rawal Ratan Singh whereas, Deepika will be seen playing a nominal role in the movie. Ranveer Singh is wrapped in as Allauddin Khilji’s character one of history’s most powerful ruler of the Khilji dynasty. The movie is supposed to be based on the infatuation that the emperor Alauddin Khilji had for Queen Padmavati, who he wanted to acquire by force. 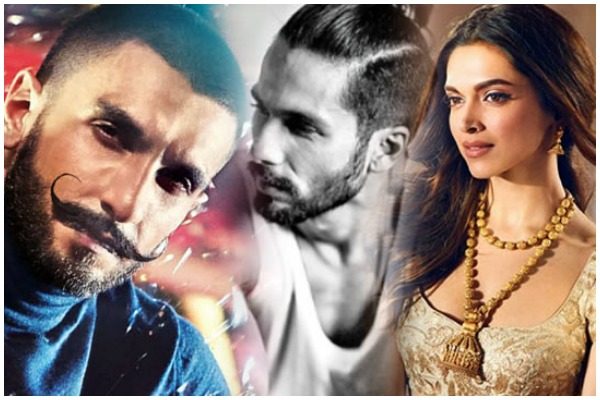 It’s clear for all of us now that after giving superhit ‘Bajirao Mastani’, Sanjay Leela Bhansali is surely going to entertain us with one more historic legendary story.

0 0 0
Previous : PM Narendra Modi Greets Amitabh Bachchan On His 74th Birthday With This Humble Message
Next : Rishi Kapoor Praised The Trailer of ‘Befikre’ In The Most Unique Way