Navjot Singh Sidhu is a name known to all. Once known for being a terrific cricketer, now he is known for his jokes and wit, and his presence as a team with Kapil Sharma in the latter’s show. Politically too, Sidhu has been a quite active figure, and has been a part of BJP for long. However, not any more.

Navjot Singh Sidhu has gone ahead with Congress, ahead of the Punjab Assembly Polls.

Read: What! Is Navjot Singh Sidhu Exiting from The Kapil Sharma Show?

Navjot was presented with the stash of the party by the scion of Congress, Rahul Gandhi. However, Captain Amarinder Singh, who is the Punjab National Congress president, was not present as he was busy campaigning in Punjab. The presenting ceremony and subsequent welcoming of Sidhu in Congress happened at the residence of Rahul Gandhi in Delhi, in a simple ceremony.

Navjot Singh Sidhu had earlier been a part of BJP, before calling it quits from the party, nearly four months back. Since then, it had been speculated whether he will be joining Congress or not. Seems like, finally he has made up his mind. 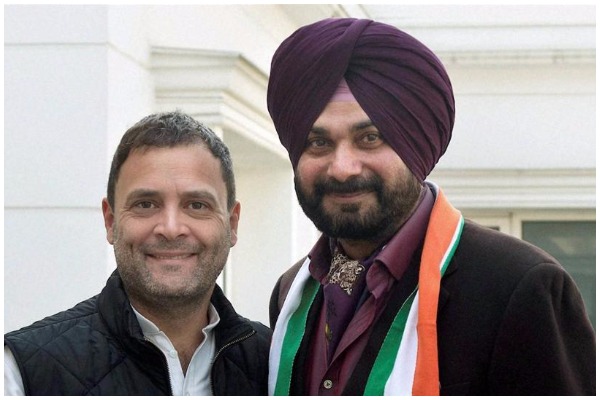 Congress has decided to launch Sidhu on January 19, from the Golden Temple, where a function will be held.

Well, we wish Sidhu all the best for this new innings in his life.

0 0 0
Previous : Watch: Vin Diesel Makes Ranveer Singh And Deepika Padukone’s Relationship Official!
Next : She Asked For The Same Money That Shah Rukh Was Getting”: Karan Johar On His Fallout With Kareena Kapoor Khan