‘The Silence Breakers’, behind the #MeToo movement is named as Time magazine’s Person of the Year.

The social media movement – #MeToo, came into the lime light in the wake of sexual harassment and abuse against Hollywood’s prominent name Harvey Weinstein. When the biggest shark of the entertainment industry was found guilty on the grounds of sexual misconduct, more women and men too came forward to speak openly about sex harassment existing at media, business and work places.

The power of one hashtagwent viral on social media. It gave voice and power among women and men to raise their voice against sexual misconduct.

Time Editor-in-Chief Edward Felsenthal referred the #MeToo movement as ‘The Silence Breakers’ and told to NBC News, “This is the fastest moving social change we’ve seen in decades and it began with individual acts of courage by hundreds of women – and some men, too – who came forward to tell their own stories.”

Tarana Burke is the woman behind the creator of hashtag #MeToo. She created this hashtag a decade back to bring awarreness about sexual violence. She told NBC, “I could never had envisioned something that would change the world. I was trying to change my community. This is just the start. It’s not just a moment, it’s a movement. Now the work really begins.”

The #MeToo movement reached to millions within 48 hours after actress-activist Alyssa Milano tweeted and posted on FB – “If you’ve been sexually harassed or assaulted write ‘me too’ as a reply to this tweet.”

Milano was not aware of the contribution started by Burke, She just took to twitter on a suggestion from a friend of a friend. As Milano is a celebrity face she started receiving the credit for #MeToo movement. But, Time’s gave the credit to both. The two appeared together on Wednesday morning on NBC news.

The Time magazine’s cover features Ashley Judd, Taylor Swift, Susan Fowler and others who say they have been harassed. 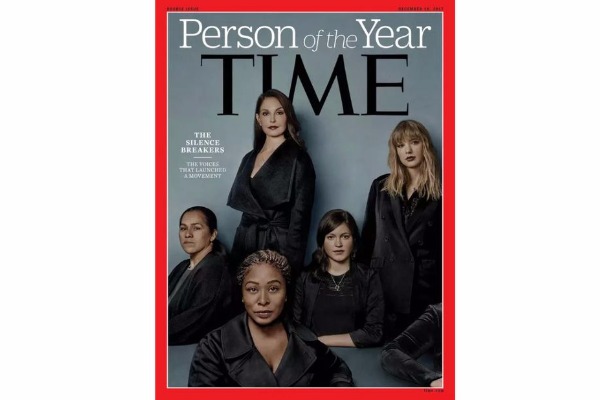 After #MeToo – ‘The Silence Breakers’, the two runners-up for Person of the Year were Chinese President Xi Jinping and President Donald Trump. Donald Trump too is accused of sexual misconduct by numerous women. He has denied any wrongdoing.

The latest Time Magazine’s issue will be available in stores on Friday.

0 0 0
Previous : Richa Chadha On Sexual Harassment in Bollywood: ‘We Will Lose a Lot Of Heroes, Film Makers’
Next : ‘The Crown’s Star Matt Smith Feels Sorry For Meghan Markle Marrying In Royal Family