New parents just cannot stop gushing about their bundles of joy! Often you will see new parents posting pictures and cute videos of their children online. Bollywood-Hollywood celebrities often do so. Whereas some parents are just the opposite of that. Some parents chose to keep their family life private and only discuss their children when needed. One such latest example from Bollywood is actress and politician Gul Panag!

Actress Turned Politician Gul Panag Is Now Officially A Pilot and Can Fly A Plane!

Gul Panag shocked the world when she revealed that that she gave birth to her son six months ago! Gul Panag and her pilot husband Rishi Attari are proud parents to baby boy Nihal Attari. 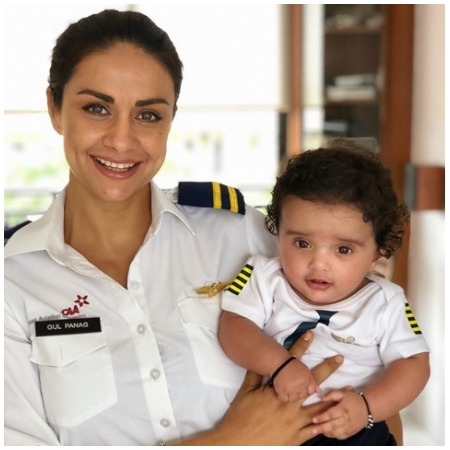 In an interview with Mumbai Mirror Gul discussed about the joys motherhood has brought her and how she managed to keep her pregnancy and baby under wraps for so long.

Calling the journey of pregnancy and her newfound motherhood a roller coaster ride, Gul stated, “Rishi and I have always valued our privacy. Becoming parents is a special experience and we decided that we’d like to go through it without the distraction of public attention. Family and close friends knew about Nihal but we refrained from posting anything on the social media.”

Gul further revealed that her son Nihal was born prematurely and that her cousin Simran has been a guide to the new parents. Gul added, “We’re learning as parents and I think we’ll continue to do so till we’re old and grey.”

Gul even spoke about embracing motherhood at the age of 39 years and gave advise to other expectant mothers, “I think having a baby is a very significant step in life, and like marriage, you should think it through carefully before committing to it. Have children when you are ready to welcome them and can raise them happily and responsibly, not when society says you must.”

We congratulate Gul Panag her and her husband Rishi Attari on the arrival of their bundle of joy Nihal Attari!