Pratyusha Banerjee’s committed suicide in 2016 for which her then boy friend Rahul Raj Singh was booked for abetting the same.

Rahul Raj Singh is currently out on bail, who was booked for abetting his former girl friend, Pratyusha Banerjee’s suicide in 2016.  Pratusha Banerjee was shot to fame with popular daily soap, ‘Balika Vadhu’ and her suicide commit shocked everone. Rahul Raj was accused for mental and financial harassment to his former late girlfriend, by Pratyusha’s parents.  Contrary to this, Rahul had alleged that it’s her parents who were pressurising her for money. However, the matter never resolved nor the truth has come to light till date. Amidst of all this, Rahul Raj Singh has decided to tie the knot with his long time friend and event management business partner Saloni Sharma.

Rahul announced the news about his marriage to Saloni on his birthday. Saloni had got a cake which had Rahul’s picture on it and a message that read ‘Happy birthday dear hubby.’ 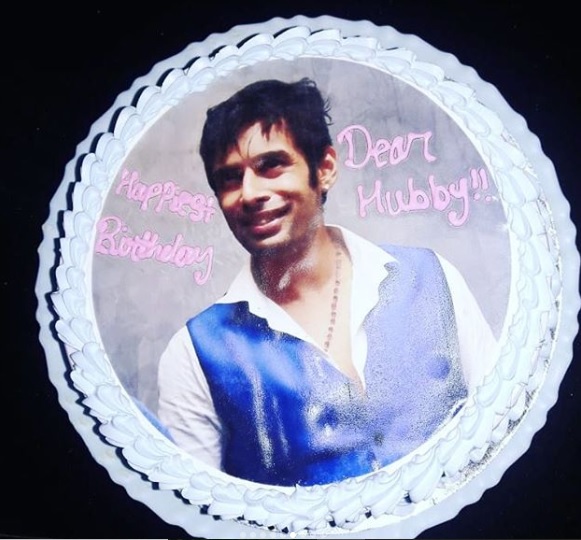 It has been a long year for me…one which had many ups and downs..several highs and several lows….but like they say…what does not kill u…only makes you stronger…on my Birthday today…I would like to wish every single person who came,who wished me,who called and messaged,and even those who didn't!! Thanks so much!! And of course A Very Happy Birthday to Me!!! 1This is my year and I will come out with positivity and hopefully with a lot of success! A special thanks to my dear Saloni Sharma@onlysimkie…my soon to be wife and partner for life…u have been there when no one could!! Loved all the surprises!! THANK YOU BAPI MA FOR THE WONDERFUL VIDEO! Thank you to my dear family for giving birth to me so I can celebrate this day!! Thank you Raj and Tanya for your midnight visit! Thank you Rahul Dwivedi for your creativity…Thank you Bablu and Dharmendra for being there smiling and dancing…Thank uuuu! Muah!

Only recently did Rahul confirmed his love relationship with Saloni, after his previous girlfriend Pratyusha committed suicide. He did post a picture of himself with his new girlfriend Saloni with a caption, ‘Love of my life! Sweetbun .. thank u for being there ..’

Love of my life! Sweetbun .. thank u for being there ..

Rahul Raj Singh was earlier in relationship with late ‘Balika Vadhu’ actor Pratyusha Banerjee, who committed suicide on April 1, 2016, after a heated argument with him. He was in jail for abetting the suicide and later released on bail. After his release from jail on bail he gave a statement, “I’ve done nothing wrong. So I don’t feel guilty. If the courts had any doubts about my innocence, they’d have cancelled my bail. May 29th was my birthday. A day later, I got this wonderful gift from the courts.”