Kim Kardashian and rapper Kayne West are looking forward to expand their family tree. Kardashian kids North West and Saint will have a sibling soon. The news about their third child comes from the person who is closely associated with the Kardashian family. If you are wondering why Kim and her husband West chose to hire a surrogate for their 3rd child, well it’s because of Kardashian’s pregnancy challenges. 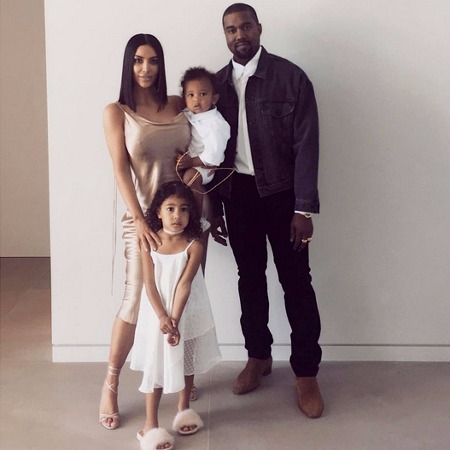 Kim Kardashian and her husband Kayne West have two kids together- a girl named North West who is 4 year old and a boy named Saint who is a year and a half. Kim shared publicly the risks she went through while she delivered the two kids. Kim Kardashian wrote in her personal blog post which is titled as “High-Risk Pregnancy” a whole story of her pregnancy risk she had gone through while delivering both of her babies.

After risking her life with two pregnancies, Kim’s doctor strictly suggested her to not have a third child as she suffered from placenta accreta during her last pregnanacy. On reality TV show ‘Keeping Up With The Kardashians’, Kardashian made it public that she is seeking a surrogate to carry her and West’s third child as doctors have advised it could be dangerous to have a third pregnancy.

“My doctor had to stick his entire arm in me and detach the placenta with his hand, scraping it away from my uterus with his fingernails. How disgusting and painful!!!” Kardashian West wrote in her blog about giving birth to her first child while dealing with the condition, which she said affects five percent of women giving birth. “My mom was crying; she had never seen anything like this before. My delivery was fairly easy, but then going through that—it was the most painful experience of my life! They gave me a second epidural but we were racing against time, so I just had to deal.” Read entire blog-post here

During ‘Keeping Up With The Kardashians’ season finale, Kardashian had asked her sister Khloe if she would consider being a surrogate for her third child. The 36-year-old reality star started looking for a surrogate when doctor had fully given up saying it would be dangerous to be pregnant again.

“I’ve come to the conclusion in my mind that I can’t carry another one. So now I want to explore surrogacy,” Kardashian West told her mother Kris Jenner.

According to People Magazine, Kim have found the right surrogate to carry her third child and have also agreed to pay a surrogate $113,000 or more for carrying her child. Rumors have it that surrogate is already pregnant with Kim Kardashion and Kanye West third child.

Any further news on this will continue to be updated.