No one can beat the Kardashians’ when, it comes hosting luxury parties. Kim Kardashian does it again, hosting a magical baby shower party for her third surrogacy child.

Kim Kardashian and her husband Kanye West threw a lavishing baby shower party for their family and friends. Why is it that, it’s called lavishing, incredible, magical!? Well, the reality TV star hosted far above the standards than the other reality stars hosted in past. Kim Kardashian’s third baby shower held over the weekend was a star studded event.

Kim Kardasian & Kanye West turned their $20 Million dream mansion in to magnificent floral forest with hundreds of fake cherry blossom trees for celebrating third baby shower. The ‘tea for three’ backed event is calling out for all the speculations that the couple must be expecting a girl baby as they choose ‘pink’ theme with white flowers all over the space. 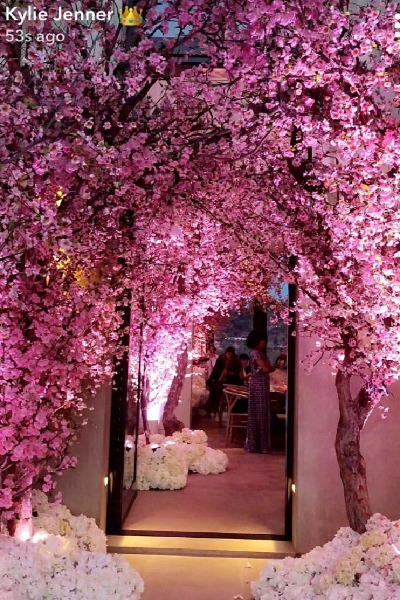 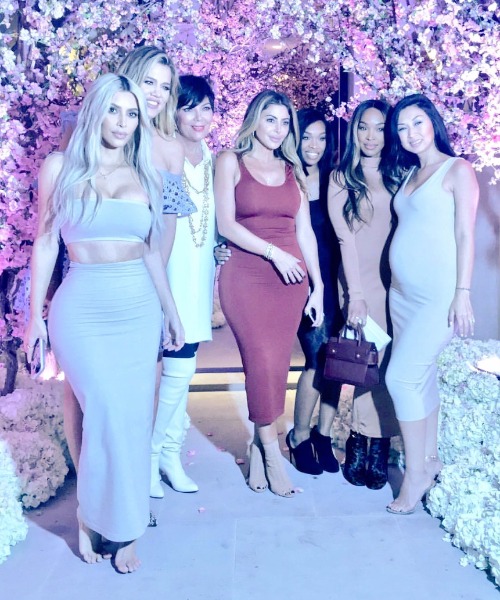 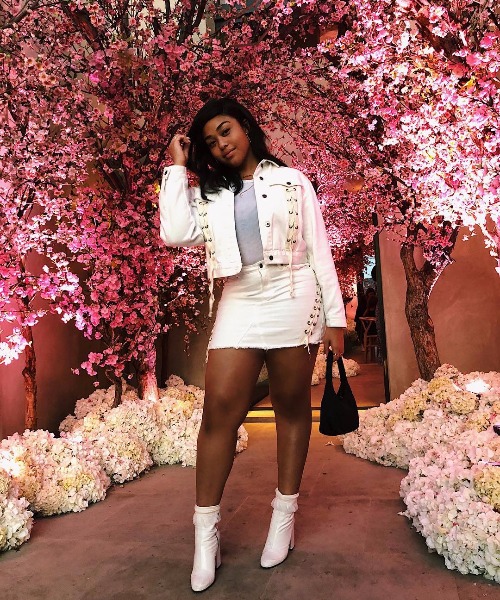 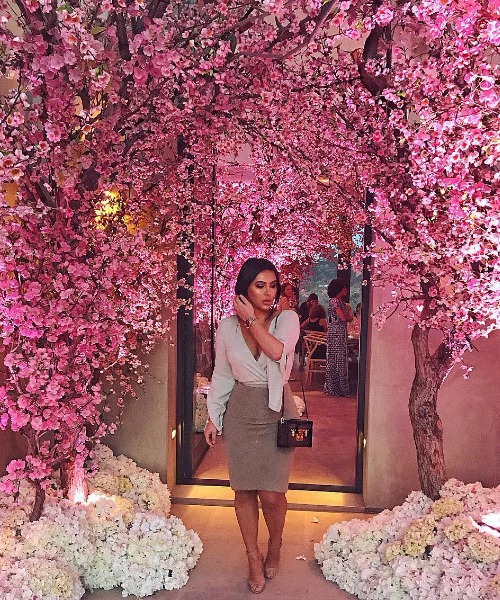 In spite of Khloe Kardashian’s pregnancy rumours doing rounds since last two months, no baby bump is spotted in the below pic from the third baby shower party happened during the weekend. 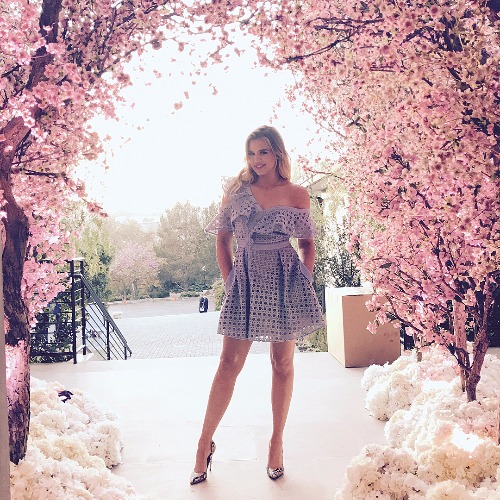 The couple let the corner of the rooms to be occupied with cherry pink flowers with rustic wooden chairs & tables with simple glassware. We can see in the pic the ‘tea for three’ based theme chair arrangement and candles lit with some pink flowers on the table. 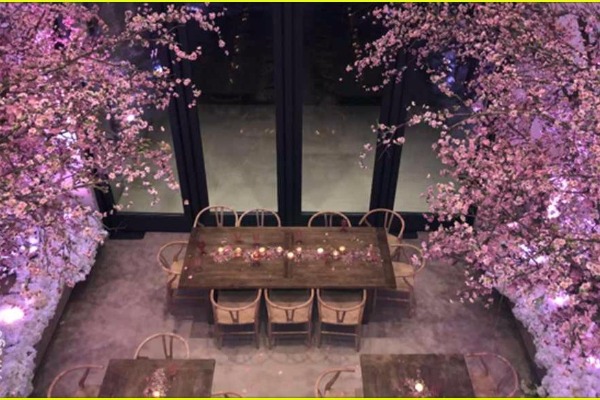 Kim Kardashian and Kanye West are expecting their third child through surrogacy. The baby arrival timing is expected to be ‘before Christmas’. The couple already have two kids together – North, 4, and Saint, 2.

0 0 0
Previous : Padmavati’s Khilji Ranveer Singh Captioned A Picture ‘Losing My Religion’, Gets Heavily Trolled
Next : Bigg Boss 11: Divya Agarwal Calls It QUITS With Priyank Sharma Because Of His Closeness With Benafsha!