They say a bride looks her best on her wedding day but this rule does not apply to Sonam Kapoor! The ‘Veere Di Wedding’ actress looks stunning whenever she makes a public appearance but since the last two days, the glow has not left the bride-to-be’s face. Yesterday, on May 6th, the Kapoors hosted a fun-filled mehendi ceremony for their family and close friends at the Kapoor residence in Juhu. Through the pictures, one can see how jovial the bride-to-be was yesterday. One can never forget the carefree Sonam dancing with her henna-stained hands up in the air! Just when you thought the actress could not get any more adorable, she grooved again!

Sonam Kapoor’s and Anand Ahuja’s Mehendi celebrations were being held at Sunteck, Signature Islands, BKC. Family and Bollywood actors arrived in shades of white as per request, and they all looked radiant; still no one outshines Sonam.

Sonam Ki Mehendi: Inside Pics Of The Rocking Bride and Her Veeres Having Blast 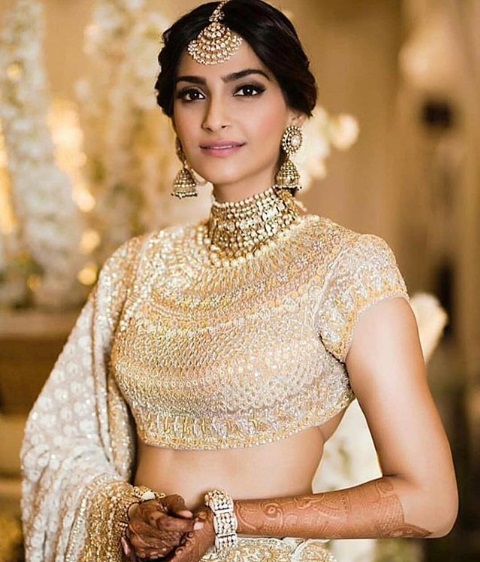 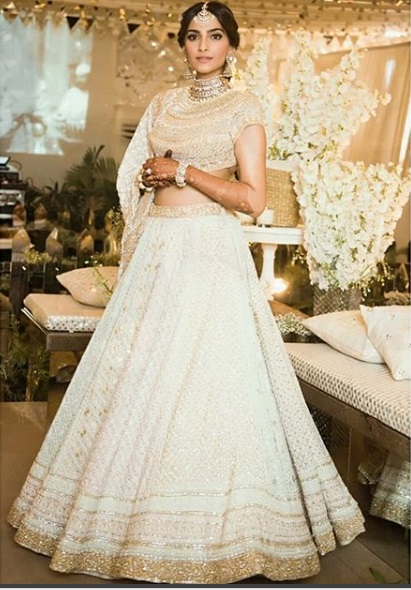 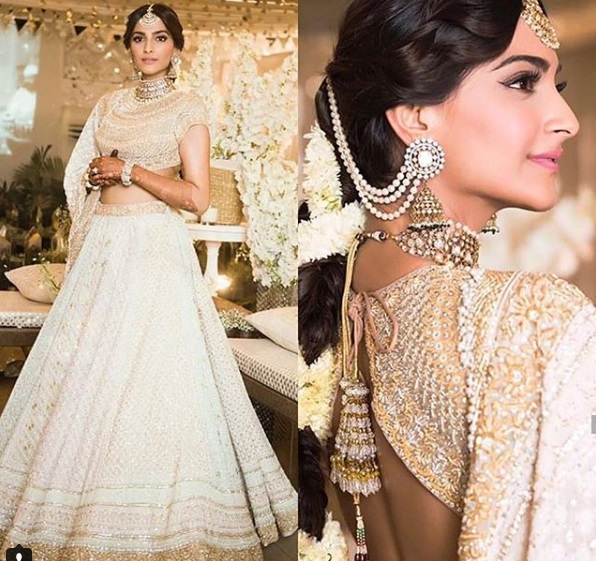 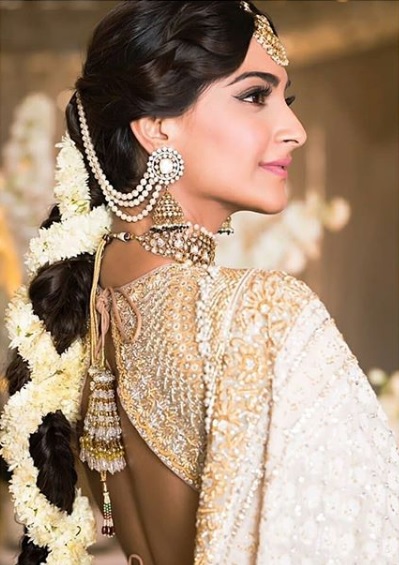 Sonam’s hubby-to-be looked dapper too in his Abu Jani and Sandeep Khosla creation. Anand wore a chikankari kurta under a Nehru jacket teamed up with trousers and a beautiful contrasting shade of an emerald brooch. 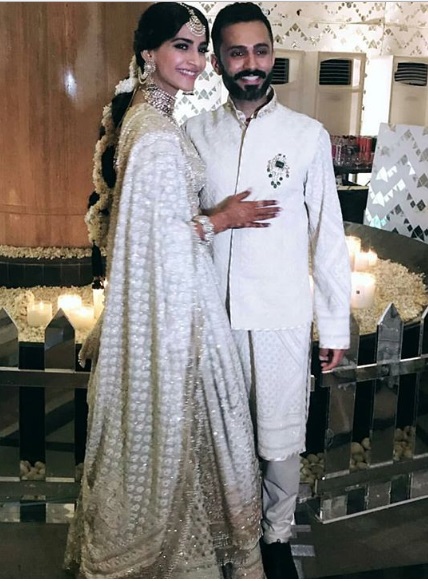 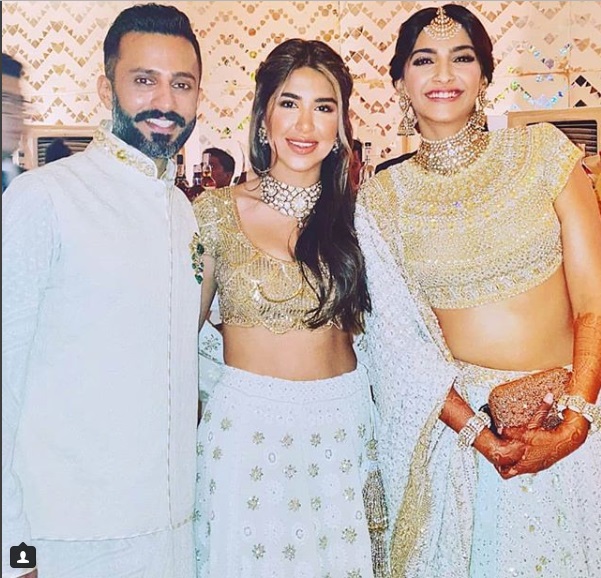 The mehendi party was in full swing now. Family and friends arrived at the venue in style. Apart from parents Anil Kapoor-Sunita Kapoor, siblings Rhea Kapoor and Harshvardan Kapoor, uncles Sanjay Kapoor and Boney Kapoor, cousins—Janhvi Kapoor, Khushi Kapoor, Mohit Marwah with his wife Antara Motiwala, Anshula Kapoor and Arjun Kapoor were at the venue to welcome the guests. 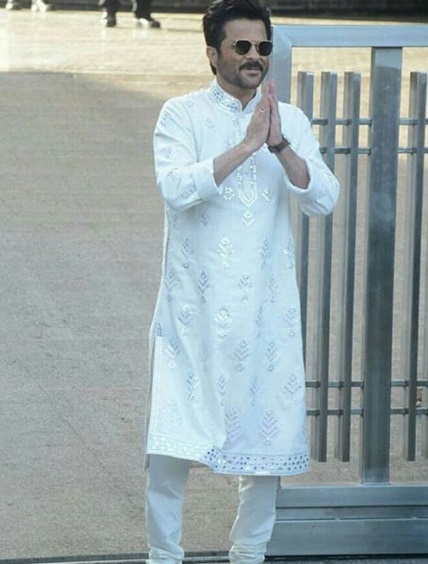 1st n last outing of the month for me!! #sonamkimehndi. Fractures r tiring! Back in bed frm tonight on! Pic credit:@rohiniiyer outfit @alpareena

Whilst the bride-to-be Sonam’s guests are getting intricate henna designs on themselves, the bride-to-be is singing along with fellow actress Jacqueline Fernandez to her song ‘Chittiyaan Kalaiyaan’. Leaving her friend behind Sonam was seen grooving to a makeshift hummed version of ‘Here Comes The Bride’.

A post shared by BollywoodIndialove (@bollywoodindialove) on May 7, 2018 at 7:43am PDT

Chooda ceremony.. Congratulations @sonamkapoor ,wishing you all the happiness ,unconditional friendship and love in this matrimony with @anandahuja ..you will make such a beautiful bride tomw ..Can’t wait ?Soooo happy for you and @kapoor.sunita and @anilskapoor , so beautifully put together ??#chooda #mehendi #bride #instagood #shaadimagic

Father of the bride—Anil Kapoor wasn’t too far behind, he too, shook a leg to a Punjabi number. Later Karan Johar and Shilpa Shetty too joined him.

Nothing in the world better than a happy daddy dancing away on his daughter’s wedding … and nothing like an open dance floor on a #sangeet night!!!???????? Bye bye choreographed dances, a big hello to free-style dancing!!! #AnilKapoor, #ShilpaShetty #KaranJohar #JanhviKapoor #SanjayKapoor and #jacquelinefernandez dance away the night at #SonamKiShadi!!! #Bollywood #Mehndi #SonamKapoor #AnandAhuja #BridalTrends

Now that the pre-wedding celebrations will be done by tonight, we cannot wait for tomorrow!  On May 8th Sonam is all set to marry Delhi based businessman Anand Ahuja in a Sikh ceremony in Bandra. The wedding ceremony will be followed by lunch and then later a party at Mumbai’s The Leela. Maybe tomorrow evening we’ll be graced by Anil Kapoor’s jhakaas dance performance?