American pop singer Beyoncé’s growing belly is getting harder ignore! While many are debating that the singer is merely bloated or some are of the opinion that Beyoncé is pregnant. That is not all, Beyoncé’s die-hard fans are ‘sure’ that she is pregnant with twins, again!

Currently, Beyoncé and Jay-Z are on their concert tour ‘On The Run 2’. The tour in total consists of 48 concerts being performed by Beyoncé and Jay-Z along with other artists, both in Europe and in America. The dynamic singers’ tour began on June 6th and will end on October 4th. However, as soon as the tour started so did the pregnancy rumours.

Earlier this month during the European leg of ‘On The Run 2’ tour with her husband— fans could not help but notice Beyoncé protruding belly. Since then fans are ‘sure’ that the singer is expecting!

Whilst performing in Rome on July 8, Beyoncé sported a form fitting silver mini dress which accentuated her ‘belly’. At the end of a song after dancing, Beyoncé while smiling at the audience rubbed her belly and walked off the stage.

Apparently, this is proof enough that Beyoncé is pregnant!

Why don’t you look at the footage from the concert and be the judge for yourself?

As per sources the couple had been trying to conceive a baby monthsbefore the tour began and having two buns in the oven is quite a surprise even for Beyonce and Jay-Z.

This is not all, a source close to the family states that their friend circle seems to believe that Beyoncé is indeed pregnant and is expecting twins.

A friend of the couple spilt to a news publication that Beyoncé has been tired from the constant travelling and performing but Jay-Z is making sure that his wife is well rested. 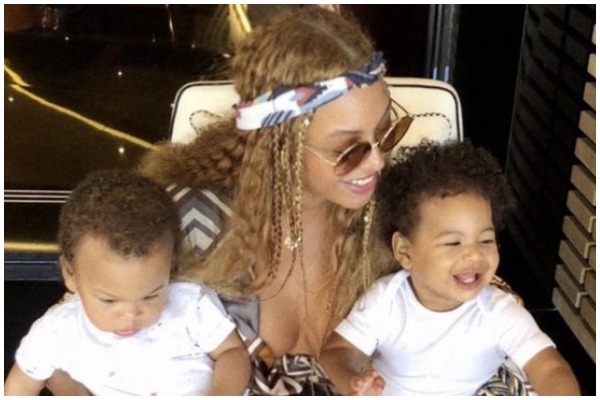 Till now no official statement has been released by Beyoncé or Jay-Z regarding this pregnancy. Looks like only time will tell if Beyoncé is indeed pregnant with twins or not!