The break-up season is on and the wave just keeps getting hotter and wilder, burning every couple it touches. The latest? Well, yeah we all are heartbroken about Brangelina, but this one is back here in Bollywood. We are talking about one of the cutest B-town couples, who, if rumours are to be believed, have called it quits. We are talking about Alia Bhatt and Sidharth Malhotra.

Though the two have never come out in public regarding their relationship, and have always maintained the ‘just friends’ tag, but somehow it was always understood that they were going out together. Sure enough, they made one beautiful pair too. Sigh! How we wished these two would last, but then, maybe that was not meant to be. 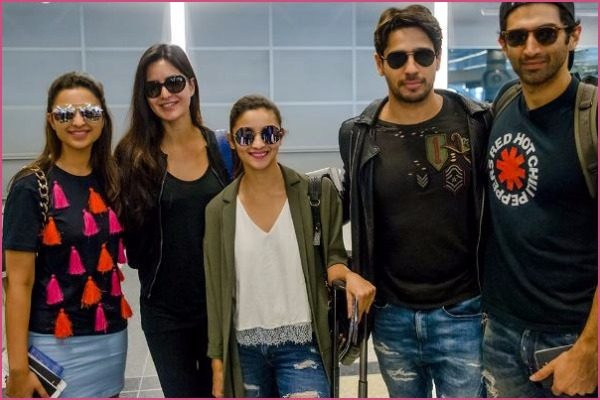 If our birdies are to be believed, then trouble started brewing up in Alia and Sidharth’s paradise ever since the duo went for Karan Johar’s Dream Team Tour. Things had been somewhat sour, to the extent that the two were quite formal with each other, and spoke to each other only when required.

There have been many rumours going around as reasons for this breakup. While some rumours suggest that the two broke up apparently because of Alia’s closeness with Varun Dhawan, with who she shares a comfortable on screen chemistry, others say that the two broke up as they wanted to focus on their careers. Well, don’t know about Alia, but after looking at ‘Baar Baar Dekho’s condition at box office, Sidharth definitely would do well with some concentration.

Well, whatever might be the reason, but we sure are sad that another beautiful B-town love story came to an end. Will they be back together? Only time will tell.

0 0 0
Previous : Post 11 Years of Togetherness, Brangelina Comes to an End
Next : Jennifer Aniston’s Reaction to Brad Pitt-Angelina Jolie Divorce is Going to Make You LOL So Hard