Movie promotions are super hectic and there is no doubt about it. Even our actors have confessed to being bone tired, running from one place to another, to promote their movies. Now, take a moment, and think about what a toll it is on the actresses, who are constantly expected to be decked and fresh, changing multiple looks within the day, all the while running from one promotional event to another. However, on a lighter note, there are actresses who do it with a smile, and just right, as far as fashion is concerned.

Here we are, just scanning the fashion express of the month that is just about to end, and see which of the actresses won our hearts with their on-point looks, even while rushing from one venue to another. Here we go.

Let’s start with the most recent and talked about event, ‘Ae Dil Hai Mushkil’ promotions at ‘The Kapil Sharma Show’. Anushka joined the show late, being busy with the shoots of her next with Shah Rukh Khan, but made it to the show. She was a stunner in the black Sabyasachi number that she wore, and although we had a very gorgeous Aishwarya Rai Bachchan there too, Anushka was looking no less ethereal. 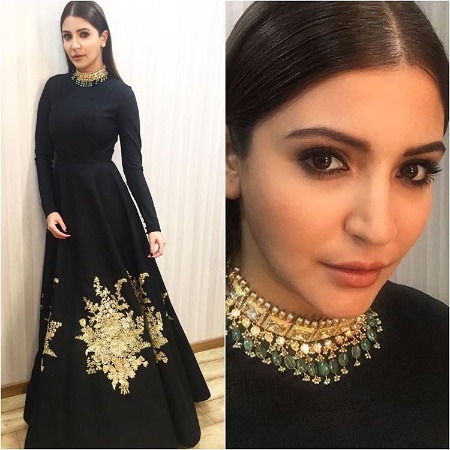 She was also spotted in the festive color red which is perfect to lighten up this Diwali from Urvashi Kaur’s wardrobe, keeping jewellery delicate with layered one from Isharya. 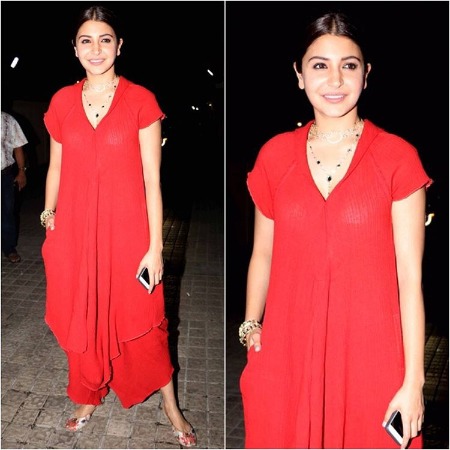 What to say about this queen of hearts? There are no words, still we will try. Aishwarya entered the sets of ‘The Kapil Sharma Show’, and it seemed as if everything stood still. She looked like a dream in this monochromatic off-shoulder number by Manish Malhotra, from his Winter Festive collection of Lakme Fashion Week 2016. She was styled by Aastha Sharma, and paired the outfit with Via Spiga sandals, setting it off with a delicate diamond ring, and natural makeup. 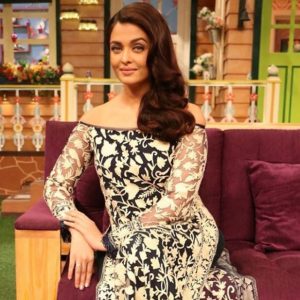 Well, by now it is clear that Kajol has switched from Karan Johar’s team and is in hubby Ajay Devgn’s team. What brought this animosity between once besties, we do not know of that, but it certainly is clear that things have gone totally sour between Karan and Kajol. Anyway, Kajol was recently seen with Ajay, on the sets of ‘The Kapil Sharma Show’, promoting ‘Shivaay’. The chirpy actress came dressed in an off-white, light golden anarkali. Her ensemble was high on ethnic factor.

Also Read: You Won’t Believe Ajay Devgn’s Daughter Nysa Was Angry With Him For A Year and A Half! 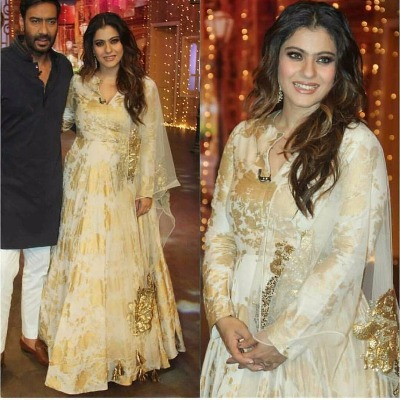 The trailer launch of Ranveer Singh and Vaani Kapoor starrer ‘Befikre’ at the Eiffel Tower was one of its kind event. Naturally, even the outfit of the stars had to be so. While Ranveer carried the evening with his super smashing aura and a dapper suit, it was Vaani who caught our attention. The lassy was looking drop dead gorgeous in the chic navy gown that she donned for the event, complete with swept off bun, with a subtle makeup, and no-accessory look. We were floored. The person behind this creation was French designer Alexis Mabille.

Also Read: Ranveer Singh and Vaani Kapoor Will Make You Groove to The French Flirtations in ‘Nashe Si Chad Gayi’ 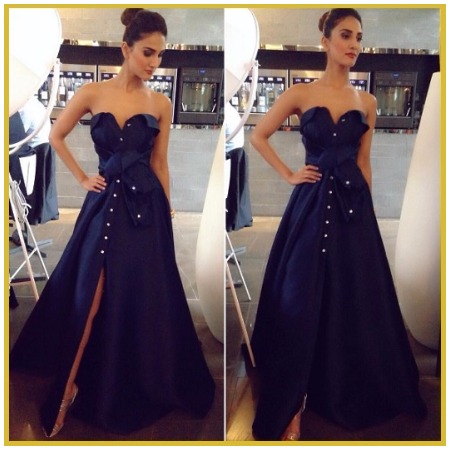 We wonder how come all the divas who go to ‘The Kapil Sharma Show’ look so effortlessly charming and beguiling? Really, how? Anyway, let’s talk about the newbie in town, Saiyami Kher. The lassie who made her debut with Rakeysh Omprakash Mehra’s ‘Mirzya’ looked absolutely stunning in the silver crop top and black dhoti pants, both by Payal Singhal. 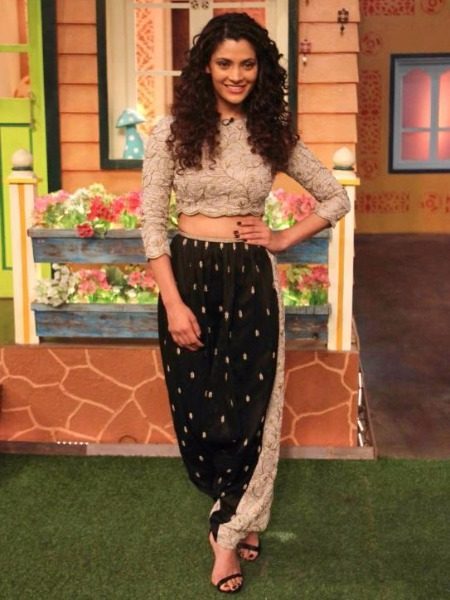 Another look of hers that just won us over was at the Filmfare Glamour & Style Awards 2016 in Mumbai,, when she was spotted wearing Gaurav Gupta’s glitter navy blue gown with black strap sandals! Daring and totally worth it.

Also Read: Fashion Diaries: Who Wore What At Filmfare Glamour and Style Awards 2016 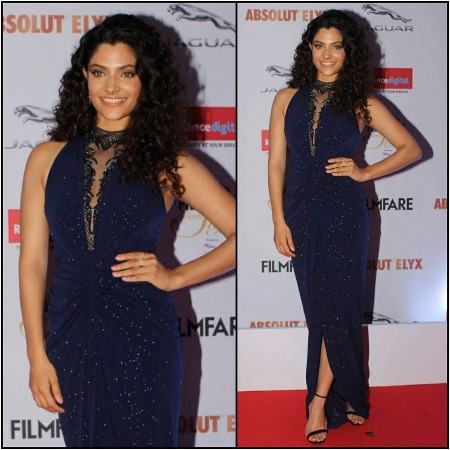 We know we know, this is all about gorgeous divas. But one look at Ranbir Kapoor in ‘The Kapil Sharma Show’ where he joined his co-stars Aishwarya Rai Bachchan and Anushka Sharma for promotions, and we just went flat. Ranbir looked beyond dapper in the black Antar-Agni number from their Lakme Fashion Week Winter Festive Collection 2016. He paired it up with lace-ups from Guidi. Sigh and glares from Kuboraum! Our hearts just leaped in pleasure, one look at this man. 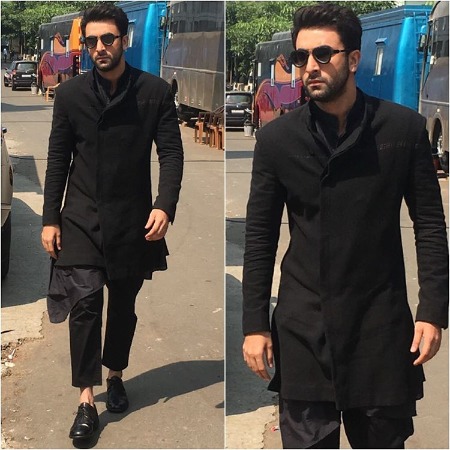 0 0 0
Previous : Bottoms Up: Priyanka Chopra Downs Tequila Shot on The Ellen DeGeneres Show
Next : WHAT!! ADHM Movie Ticket is Selling at Exorbitant Price of Rs.2200