Is Hardik Pandya dating Elli Avram? Elli Avram says, “Why do I need to clarify anything?”

The rumors about cricketer Hardik Pandya secretly dating actor Elli Avram is doing rounds since the time Elli was spotted at Hardik’s brother Krunal’s wedding last year. She was even seen hanging out with the wives of cricketers and flew all the way to South Africa to accompany Hardik and attended Shikhar Dhawan‘s daughter Rhea‘s 13th birthday celebrations in South Africa.

Thanks to these wonderful ladies and gorgeous kids in helping me to celebrate Rhea’s 13th Birthday ? We had a great time with many laughs, great food and even better company!!! Cheers to all!! ❤️??? @aliyah_dhawan @prithinarayanan @niks.vj @tanya_wadhwa @nupurnagar @radhika_dhopavkar @ritssajdeh @elliavrram

Rumours are rife that after Yuvraj Singh–Hazel Keech, Zaheer Khan–Sagarika Ghatge and Virat Kohli–Anushka Kohli, there is this couple, Hardik Pandya-Elli Avram to join the bandwagon of cricketer-actress pair.

As the couple are spotted as more than friends and Elli’s growing friendship with the spouses of cricketers, there is sparking rumors that Hardik Pandya and Elli Avram have already made it official among their families and friends. If you are thinking that Hardik and Elli are thinking about officially announcing their relationship status, hold on your horses. 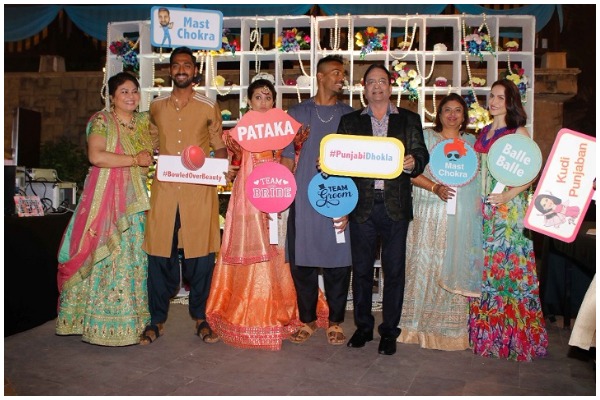 Elli Avram has come forward to answer about the link-up rumours of dating Hardik Pandya. She said, “Let them [people] be curious in life. Why do I need to clarify anything? By talking about these rumours, I’d just be giving more fodder for gossip [material]. Anyway, so many wrong things have been written over the years but I’ve never gone out and clarified [them]. Once you become a known face, people will follow you for gossip and news. But, we are not going to lock ourselves up. So, you can’t do much to stop these rumours. People have such strong mentality that no matter what I say [about Hardik], they will be like, ‘Oh, she is lying. We know the truth. She is hiding something.”

Elli said she doesn’t need approval from the world and if there is anyone who should know about her personal life, it’s her ‘family’. She further added,  “I share a close bond with them, and they know the truth of whatever is happening in my life. So, I am not worried. In fact, my dad has always taught me to ignore such things, and laugh at them as most of the times, these stories are absolutely cooked up. When I was a teenager, I used to say that I am married to God. In fact, I used to wear a ring on my ring finger so that guys won’t try to hit on me thinking that I am engaged. And if anyone asked, I would say, ‘Yeah, I am engaged to God’.”

She is at her best of giving such diplomatic reply, isn’t it! BTW, do you think Hardik Pandya is dating Elli Avram? Tell us in the comments box.

0 0 0
Previous : Sonam Kapoor Tweets Apology To Sonakshi Sinha, Here Is What Sonakshi Has To Say
Next : This Valentine’s Day, Gift Your Love A Short Trip To These Beautiful Places