The 38-year-old Disha Vakani married Mayur Pandya on November 24, 2015. Mayur is Chartered Accountant by profession based in Mumbai. The duo are expecting their first child. 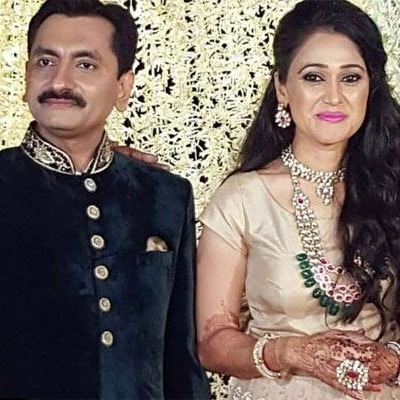 The rumor mill had it that Disha Vakani aka Dayaben is quitting the show and has not been shooting since past few days. But the real reason seems to be she is pregnant and hence she is on break. Dayaben have not bid adieu to the show.

The close source of Taarak Mehta Ka Ooltah Chashmah said that, “Disha has not been shooting for the show for quite some time now. The reason behind her sudden absence from the show is because the actress is expecting her first child.”

The actress gained popularity with SAB TV’s popular comedy show Taarak Mehta Ka Ooltah Chashmah. With her brilliant comic timing, Gujarati accent and her anywhere, anytime Garba moves is what makes the show go on. The show is running successfully since July 28, 2008 and entertain us with light humor filled episodes which is truly a family watch.

0 0 0
Previous : OMG! Shah Rukh Khan Escapes a Dangerous Accident While Shooting For A Movie
Next : These Charming Photos of Taimur With Mom Kareena At Laksshya’s Birthday Steals The Show!