The latest ‘Koffee With Karan 5’ episode featuring Anushka Sharma and Katrina Kaif was a laugh riot. This was the craziest KWK episode and that can be touted from the fact that Karan Johar, the host, was shouting at the top of his voice to shut the ladies down, or to just make sense of the mayhem around him. And in the midst of all the chaos and revelations, one thing that made us all go shockingly LOL was when Karan revealed that Anushka was actually deaf from one side.

Of course, as soon as he said it, Anushka jumped and denied it. And that is when we got to know the mystery behind this statement. 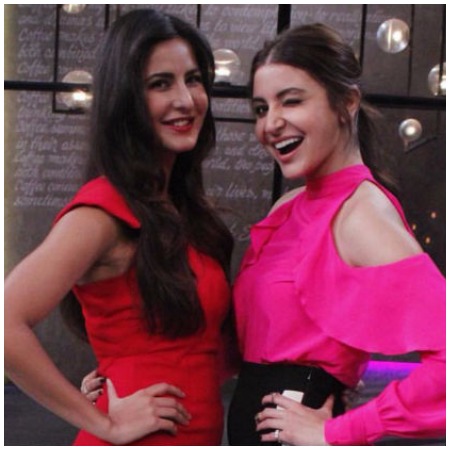 Anushka revealed that at times, when she is not that interested in a conversation, she zones out into her own world. Soon after, as long as there is a word or a name of interest, she snaps out of the reverie and comes back to the conversation.

Thank god Anushka explained the point, or we would have totally believed the theory of her being deaf, as given by Karan Johar.

The episode was sure a laugh riot. Crazy revelations over a cup of coffee, and yes, ‘Kiss With Arjun’.