The house consists of six bedrooms, nine bathrooms, a pool, a library and a gym. Not just this, the extravagant house also have formal living and dining rooms, nine car park space, a lift and a media and music room. 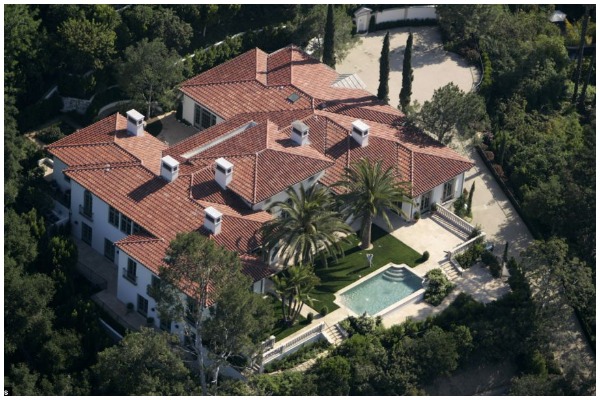 The Beckham couple bought this ‘H’ shaped hot property in 2007 for $22 million USD, the same time around when David signed a $250 MILLION contract with the L.A. Galaxy soccer team. The deal has earned them around $10 million USD profit.

According to reports, David Beckham would most probably look to buy another property in Miami as his recently formed major-league soccer team is based in Miami. So it’s obvious that David would be spending more time with his team in Miami and will need himself a luxurious house.

The super rich couple also owns $80 million mansion in West London and a plush country pile in the Cotswolds worth over $18.5 million.