Ever since Misha the little munchkin has entered the lives of proud parents Shahid Kapoor and Mira Rajput, the two can’t stop raving about her and her antics at all platforms. The little one has wrapped daddy Shahid completely around her little finger, and daddy dearie is more than obliged to be so.

Finally, after months of peekaboo with the cameras, Shahid took to social media and unveiled his little princess to the world with an adorable monochrome picture, captioning it appropriately, “Hello world. ?”.

Take a look at it here. 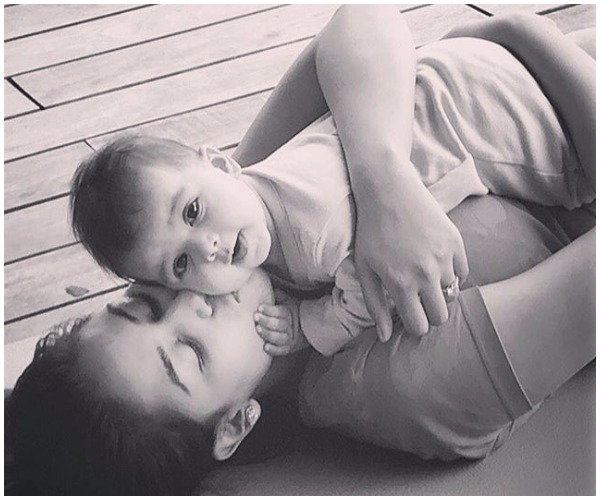 Aww, isn’t she a little chubby baby? Look at those curious eyes, buttony nose, the chin that is super cute and the smile which screams mischief. (Also Read: Secrets of Kapoors: Shahid Kapoor’s Sister Sanah Kapoor Gets Engaged in Hush Hush)

Mira truly looks blessed to have her little baby in her arms, as she hugs Misha tightly to her being, every bit a fierce mother.

Really, filling every void in their lives, Misha is one bundle of love Shahid and Mira are lucky to have. We wish you a beautiful life ahead. (Also Read: Padmavati Stars Shahid Kapoor and Ranveer Singh Tweets Over Attack on Sanjay Leela Bhansali)