Cannes Film Festival 2018 has been an eventful one for the newlywed Sonam Kapoor Ahuja! Just like every year,  Sonam’s arrival in the French Riviera has been inspiring us with her looks. Her day 2 at Cannes red carpet was no exception!

The ‘Veere Di Wedding’ actress started her second day at Cannes with featuring in a video for makeup giant L’Oreal. For the shoot Sonam sported a white shirt with elaborate sleeves by Irish designer Simone Rocha, wearing dual toned denims by her husband Anand Ahuja’s brand Bhane along with black leather crystal embellished flats by Italian brand Sergio Rossi. Styled by sister Rhea Kapoor, the entire look was completed by a black belt fastened around the waist and dark lipstick.

For a photocall by the beach Sonam chose to wear a simple but bold white and red striped dress designed by Emilia Wickstead. The actress rounded off her look with Sophia Webster black block heels and round oversized sunglasses by Bottega Veneta. One look at Sonam’s red and white avatar and we are tempted to replicate her look for a sunny day at the beach!

Sonam Kapoor Ahuja chose to walk down the red carpet in a summery US based designer Vera Wang’s creation. The nude strapless ball gown with classic corset like details had a multi-layered crinkle tulle skirt along with a train with yellow tulle. However, it was not the dash of yellow that stole the show but it was a nude hand fringed silk organza flower on the back of the gown! To round off the look along with her extravagant engagement ring Sonam wore a ring and a pair of earrings with yellow accents from Chopard. 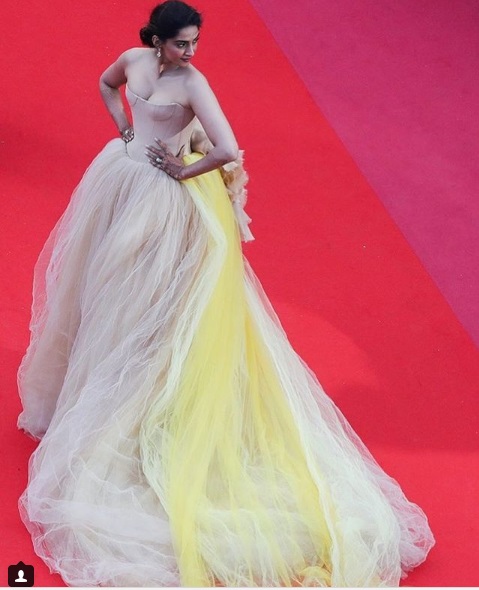 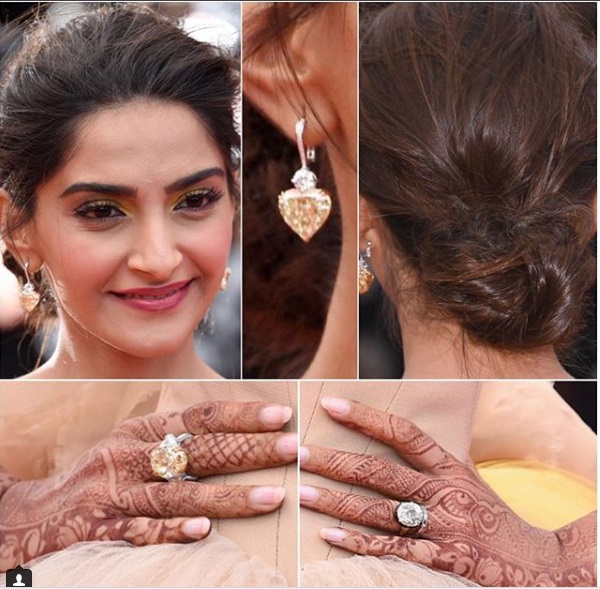 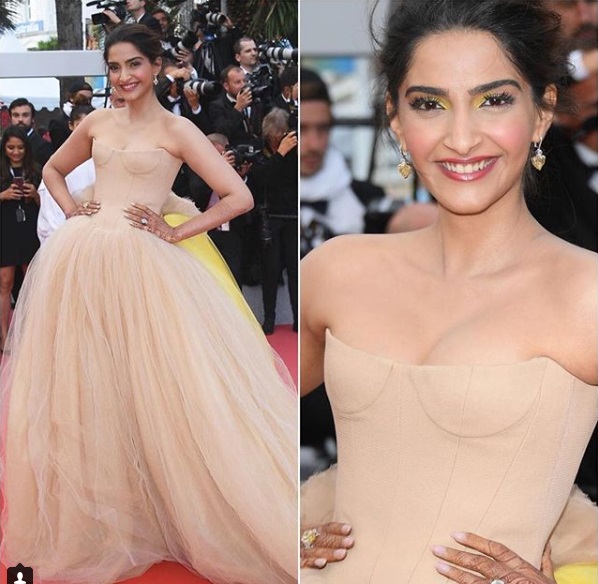 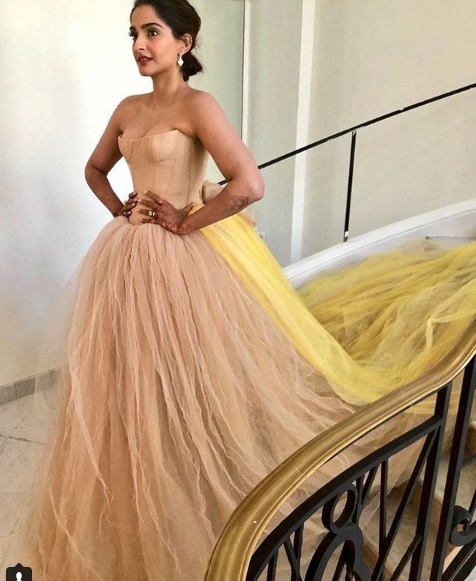 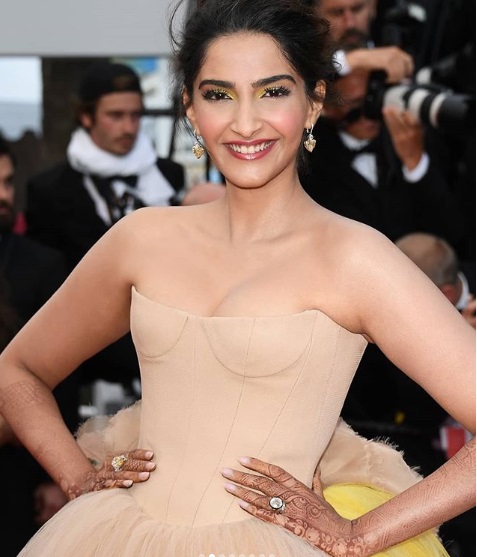 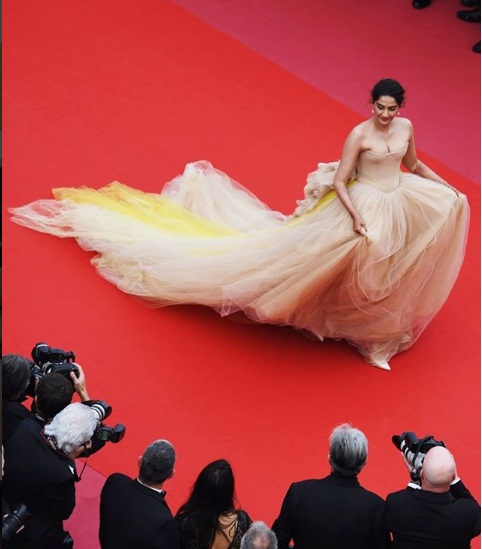