Burt Reynolds breathed his last this morning at Jupiter Medical in Florida and passed away due to heart attack.

Burt rose to fame in ’70s due to his easy-going charms and handsome looks. Having more than 200 movies to his credit, “1977’s Smokey and the Bandit” and ” 1997’s Boogie Nights,”are few among other super-hit movies which earned him an Oscar nomination. Burt essayed varied roles from playing a thriller to comedian to heartthrob handsome guy. Reynolds was among Hollywood’s highest-paid actors at his time.

Reynolds dominated America’s box office for almost five years as an ace actor. Burt Reynolds became the first man to break taboo and pose naked for Cosmopolitan magazine in 1972 when he shot a centerfold for girls magazine. 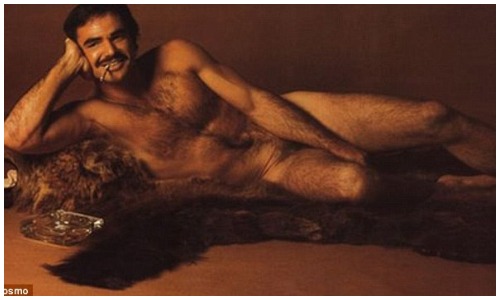 Reynolds drew headlines for his high profile divorce from his actress wife Loni Anderson. The couple shared a son, Quinton.

Born in Michigan, Reynolds moved to Florida at age 5. In his early age, Reynolds played football and intended to go professional, but his injuries couldn’t let him follow this path.

His family released a statement saying his death was a shock.

“My uncle was not just a movie icon; he was a generous, passionate and sensitive man who was dedicated to his family, friends, fans and acting students,” his niece, Nancy Lee Hess said in a statement. “He has had health issues, however, this was totally unexpected. He was tough. Anyone who breaks their tailbone on a river and finishes the movie is tough. And that’s who he was. My uncle was looking forward to working with Quentin Tarantino (in Once Upon A Time In Hollywood) and the amazing cast that was assembled.”

Burt Reynolds was one of my heroes. He was a trailblazer. He showed the way to transition from being an athlete to being the highest paid actor, and he always inspired me. He also had a great sense of humor – check out his Tonight Show clips. My thoughts are with his family.

He did it first. And best. And naked. #BurtReynolds pic.twitter.com/3HN5XsPXM6

#BurtReynolds is cracking up with that laugh, riding in the bandit in the sky. Lucky to have worked with such a gentleman, such an icon, and one of the sweetest guest stars we could’ve ever had on Burn Notice. ?❤️

I grew up watching this talented & gifted man… every guy wanted to be #burtreynolds … I think at some point, after seeing how much fun he had, I did too. pic.twitter.com/1AZtwE3Vmr

For those my age, #BurtReynolds was for a time the biggest movie star in the world. When the picture was good, he was great – charming, self-depreciating, tough, and sexy. I think if he’d believed in his own talent more, he’d be considered among the screen’s finest actors. @tcm

You will be missed. #RIP #BurtReynolds

The world has lost a legend today. I am so grateful for the moments we had together on the set of Dukes Of Hazard. Sending love ? ??#BurtReynolds #BOSSHOGG ? pic.twitter.com/pBon1nakKX

Burt Reynolds has died at 82 years old.
Worked with him doing some voiceover work for Brawny paper towels years ago.
Very, very funny guy.
Didn’t get any bigger than Burt Reynolds in the 1970s.
Total Hollywood legend.
Godspeed #BurtReynolds pic.twitter.com/MLzqfP9VjY

I worked with #BurtReynolds in “Best Little Whorehouse in Texas.” ? R.I.P. Burt

He shared some wonderful stories with me about old Hollywood and I will share these stories with others. R.I.P, mi amico. #BurtReynolds

He was truly a gentleman, handsome hunk and an ace actor. RIP Burt Reynolds.