While Katrina Kaif, Huma Qureshi, Neha Dhupiaand Taapsee Pannu were among the worst dressed at IIFA 2017.

Bollywood glitterati’ dazzled at the green carpet and made the event extraordinary with their overwhelming presence. Let’s take a look at who wore what at the IIFA ROCKS 2017 green carpet:

Shahid Kapoor: Shahid Kapoor made a dapper appearance in a suave white ensemble with black shoes finished out his look. 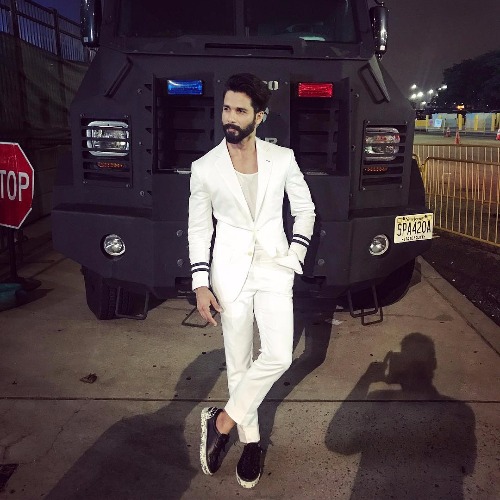 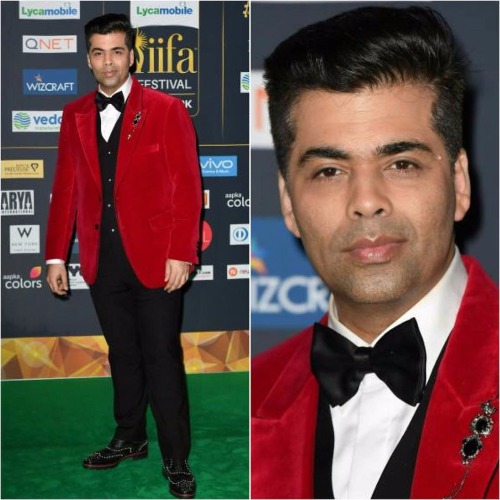 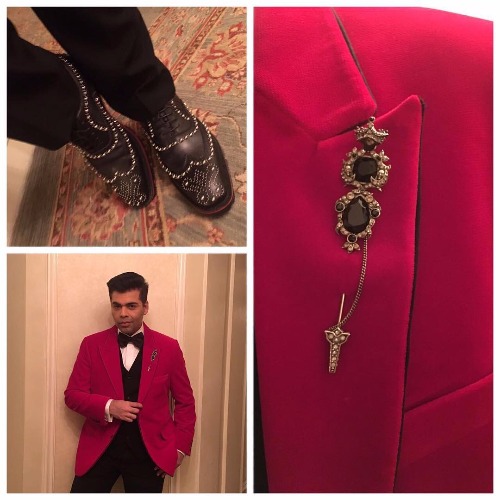 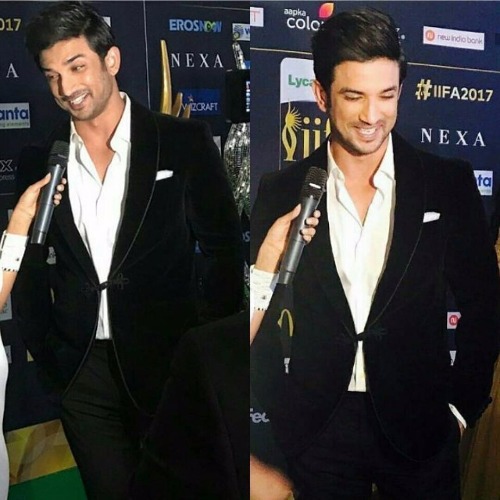 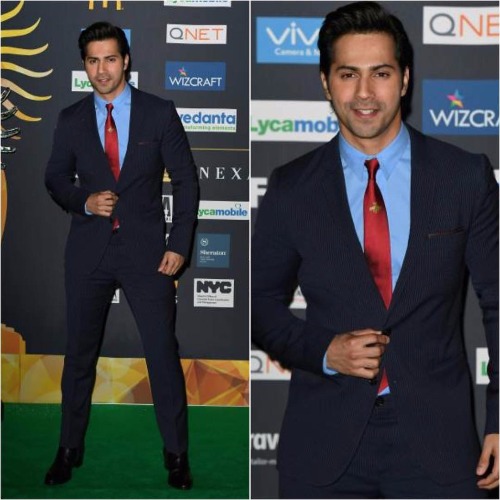 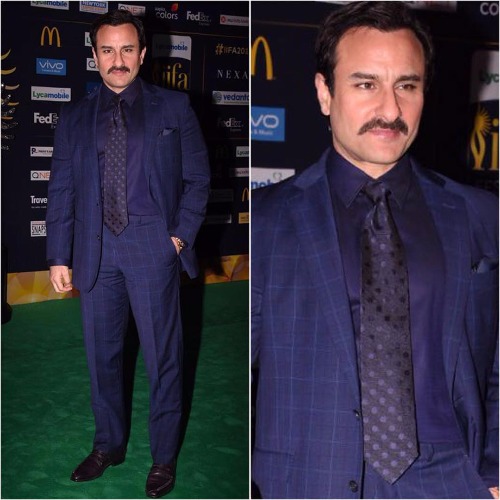 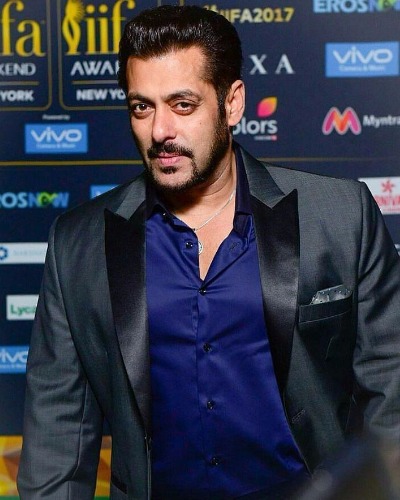 Divya Khosla Kumar: Divya Khosla Kumar, chose to go desi by picking an Anju Modi dress for her green carpet appearance. She finished out her look with hair slicked back and eye-grabbing maangtika from Amrapali. 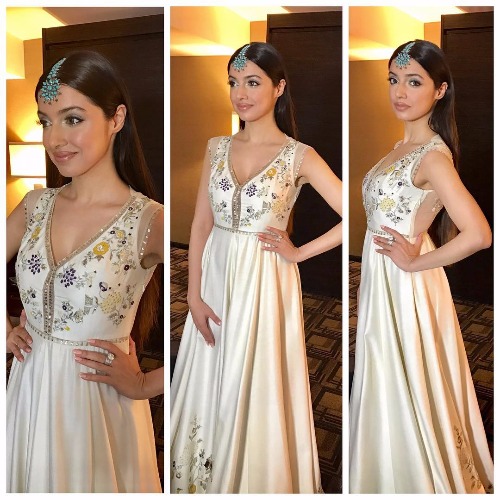 Richa Chadha: Wearing a ruffle-detailed gown featuring thigh high slit, Richa walked the green carpet in her best stylish appearance. However, more than her outfit, we loved her neck piece and hairdo. 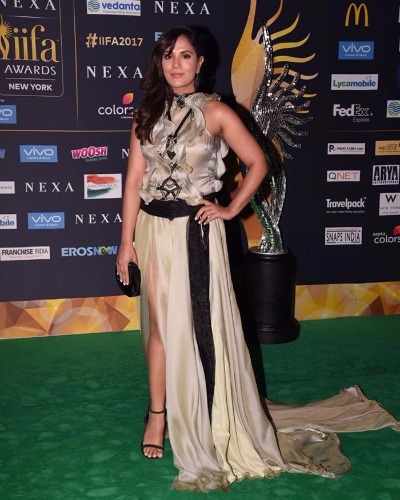 Disha Patani: Disha Patani was seen in a shimmery Zara Umrigar mini dress, which we think was not the right pick for such a grand event. However, messy hair and the winged eye were on point, which upped her style quotient. 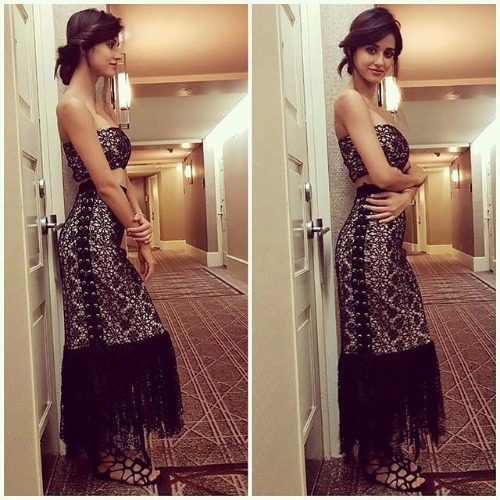 Huma Qureshi: Huma made her green carpet appearance in a Prabal Gurung strapless gown that she wore with a pair of Gianvito Rossi pumps. The hot pink lip just completed her look at perfect. 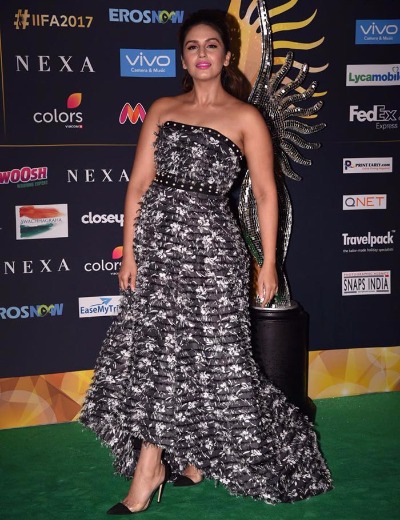 Neha Dhupia: We wonder what has gone wrong with her fashion taste. Neha picked Hemant and Nandita printed floral dress, which was surely not the right choice for green carpet appearance.Nevertheless, we loved her risky attitude and confidence. 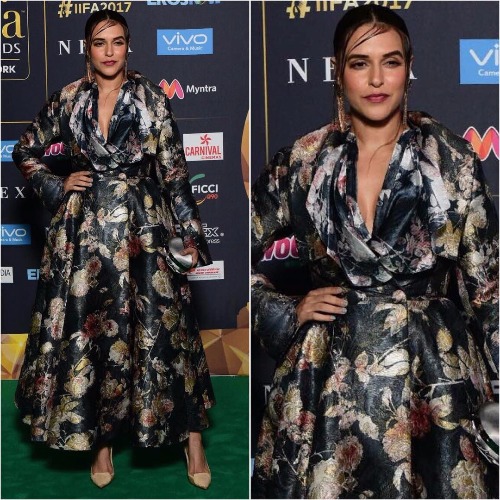 Dia Mirza:  Dia has never failed to amaze us with her style statement and this time again; the actress rocked her pretty look in Geisha Designs dress. Natural hairdo, big earrings, and glossy lip rounded up her look. 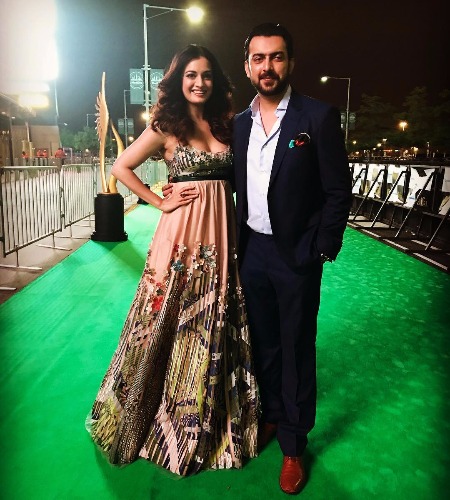 Alia Bhatt: Wearing Indian wear for the red carpet appearance is not what Bollywood actresses would choose for. But Alia picked Indian-wear by Manish Malhotra for the green carpet appearance and she nailed it. The Udta Punjab actress finished out the look with dewy make-up and big earrings. 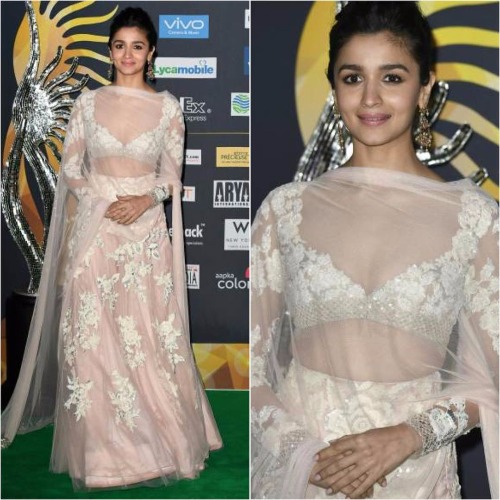 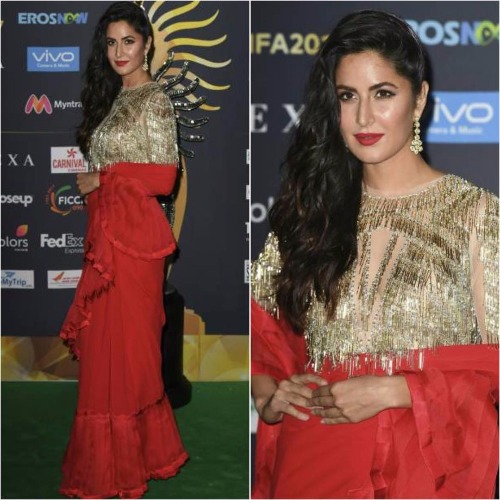 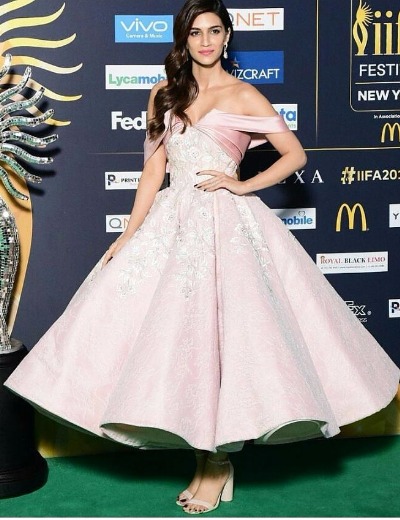 Kalki Koechlin: Kalki picked traditional Indian wear designer Sabyasachi saree. The twist to an attire was cape styled jacket. We are not sure if it was thumps-up or not. We leave it to you to decide. 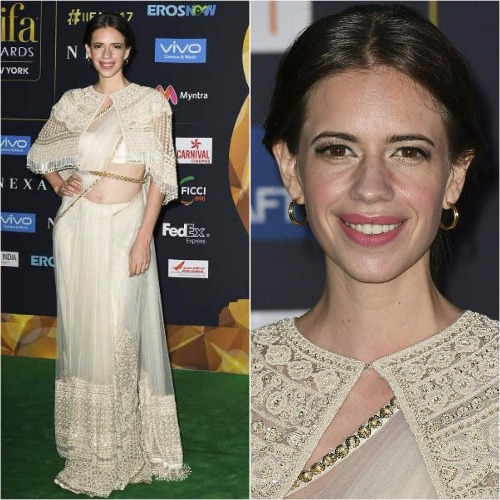 Stay tuned with us, we will get more IIFA 2017 updates.