While you are gearing up for another busy week, we are sure you might have missed a lot of happenings from the entertainment world. As we head to say ‘Hello’ to a new week, let’s take a look at the top 5 Bollywood news of the week at one go!

Director Imtiaz Ali’s next starring Shah Rukh Khan and Anushka Sharma in the lead roles is releasing on August 4. After much discussion on the title, the makers finally announced that the film will be titled as “Jab Harry Met Sejal”, which is quite obvious adapted from Hollywood film- “When Harry Met Sally”. Nevertheless, 4th August is the amazing release date as Rakshabandhan holiday falls on the same weekend and following Independence Day holiday as well on the Monday.

Divorces are not new to Bollywood. The glitz and glamour, of course, comes at a cost and the failed relationships have only proven. Another such recent example is popular music director and singer Himesh Reshammiya has ended his 22-year long marriage to wife Komal. It is being said that Himesh’s closeness with TV actor Sonia Kapoor was the reason behind their separation. This got proved when the two alleged couple was spotted together in Mumbai a day before Komal and Himesh officially got divorced.

Is it ok to be super excited about heading home?! ??????#mumbaikar

The desi girl is headline maker of the week again after she being trolled for allegedly getting a nose job.  Priyanka Chopra recently posted a picture of herself where she wrote about how super excited she is to come back to Mumbai. However, instead of knowing how excited the actress is, people started observing about her alleged nose job and how it has gone wrong. Of course, she is unanswerable to the haters! You, go girl! 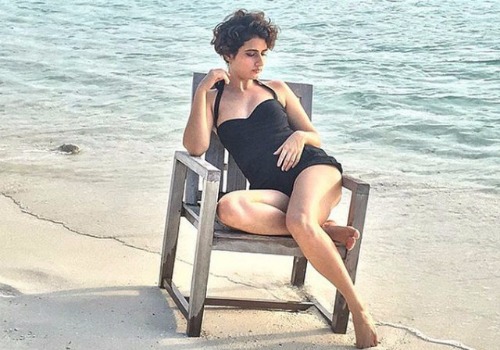 After Deepika Padukone was criticized for a sensual photo on Maxim cover, Dangal star Fatima Sana Shaikh’s pictures in a black swimsuit became a talking point. The young lad was trolled for wearing such outfit during the holy month of Ramzan. Fans, as well as community leaders, started body-shaming the actress for wearing an inappropriate dress during their religious festival. Okay, looks like theses actresses should quit social media instead of getting too much of ‘what to wear’ and ‘culture’ lessons. As Katrina Kaif recently advised them that the best way to tackle social media trolls is to ignore them.

Zaira Wasim rescued from Dal Lake accident:  Dangal star Zaira Wasim had a miraculous escape yesterday. The girl was rescued after her car met with an accident and fell into Dal Lake, Jammu & Kashmir.  The car in which Zaira Wasim was traveling went out of the driver’s control on the Boulevard Road and fell into the Dal Lake. Reportedly, locals immediately rescued her and her friends. She escaped unhurt, but her companion sustained injuries in the accident.