The reality show, Bigg Boss is known for drama, controversies, and hot scandals and it seems, season 10 is living up the tagline of the show. The drama continues in Bigg Boss 10 house and this time, one contestant who will take the center stage is Om Swami aka Swamiji. Swamiji, who made his entry into the house with celebrity contestant Lopamudra Raut, creates a stir on the day one itself.

Swamiji got engaged in an argument with Lopmudra Raut, who probably seemed to be a supporter of him in the house. In fact, he even threatened her to do black magic on her outside the house. Not sitting quiet, Lopamudra gave it back to swamiji saying, “aap Dadagiri nahi kar sakte, kyunki aap Sant hai, Sant jaise rahiye!” 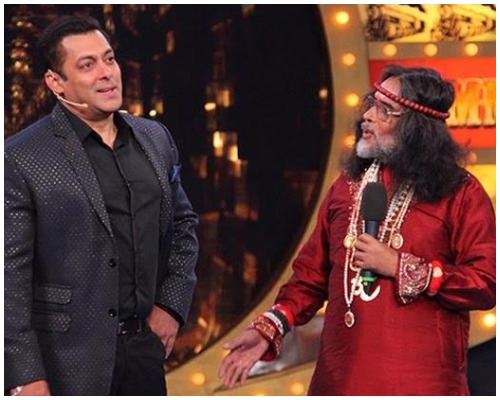 Later in the day, Swamiji passes a mean comment on commoner Akansha Sharma. While housemates were busy with their luxury budget task, ‘Raaz’. Swamiji questioned Akansha’s intention towards Gaurav Chopra. Akanksha also gives it back to him by saying, “Guruji honge apne ghar pe!”

It looks like Swamiji is finding it difficult to deal with the current scenario of the house and so, has emerged as the troublemaker in the house. Well, someone in a house should surely bash Swamiji for his nasty behavior towards the women of the house. He needs to be taught a right lesson!

0 0 0
Previous : Hrithik Roshan Opens Up About Depression, Was His Divorce With Sussanne The Reason?
Next : Watch: Aamir Khan’s Dangal Trailer Is Phenomenal With Strong Dialogues That Will Give You Goosebumps!