Comedian Bharti Singh & fiance Harsh Limbachiyaa are getting hitched on Dec 3 in Goa.

At the beginning of this year, excited Bharti Singh had announced that she will tie the knot with beau Harsh Limbachiyaa by the end of this year. TV actor and comedian really surprised us when she revealed the ‘save the date’ post on her Instagram account with the cutest picture. Bharti and her fiance Harsh in an adorable pose, officially announced their wedding date yesterday on Instagram account.

Bharti captioned the post with a very sweet message, “He stole my heart and I am stealing his surname on 3rd December #savethedate #weddingdiaries #weddingbells #love.”

Harsh Limbachiyya too announced the wedding date on his Insta account with a pre-wedding photo embossed with ‘Save the date’. Have a look –

Bharti and Harsh met first on the sets of Comedy Circus. The duo have been dating for several years but only confirmed their relationship after they got engaged in June this year. The queen of Comedy has finally decided to take the wedding vows with Harsh Limbachiyya, writer of Comedy Nights Bachao show on Dec 03 2017 in Goa.

Bharti quoted a leading source saying, “I’ve wrapped up the shoots for my shows. For the next two months, I’m going to chill and prepare for the wedding. But this sabbatical will be over after my wedding, and I will get back to work.”

The couple are finalizing their weddings cards based on Goa theme. Soon, Bharti will reveal the wedding card and the lehenga too.

Bharti have been following strict diet regime and have already lost 10kgs before wedding. She is in the best physique now and plans to shed more weight. 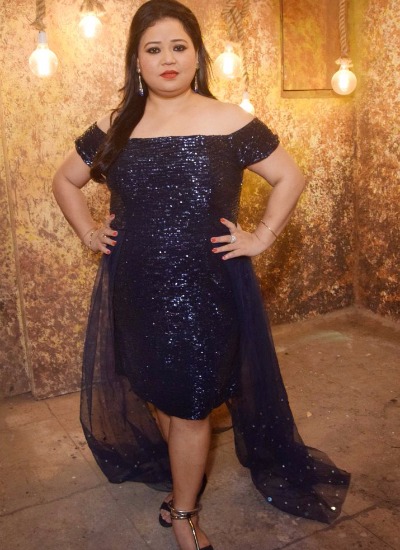 No doubt,Bharti Singh and Harsh Limbachiyaa will have a grand wedding in Goa. Sources reveal that the wedding will have no media coverage as their journey from beginning till wedding is considered for aweb series. Wow!

The wedding will clash with Bharti’s fellow TV actor and Nach Baliye co-contestant Aashka Goradia  who is also getting married on the same day.