Bollywood’s most adorable onscreen couple Alia Bhatt and Varun Dhawan are back again with Badrinath Ki Dulhania, a sequel to their 2014 rom-com ‘Humpty Sharma Ki Dulhania’. The much-awaited trailer was released today and it’s every bit of happening, filled with lots of desi romance. Varun Dhawan is seen as Badrinath while Alia Bhatt is seen as Vaidehi Trivedi in the first trailer of the film.

One will get to see many flavours of love in the trailer of Badrinath Ki Dulhania. Varun a Class 10 pass with ‘paisa-vasooli’ as his job , is seen chasing Alia Bhatt, a college student with whom he has fallen in love with. Love will happen but only after their two worlds collide amid laughter, love, romance and fun. 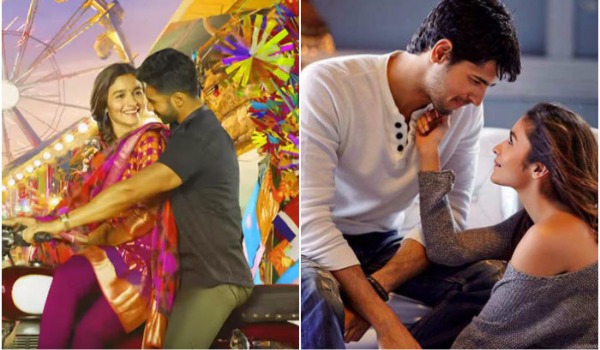 Throughout the trailer, Alia and Varun have kept the essence of their characters quite alive and promise a total Bollywood masala film. The surprising thing in the trailer is Alia and Varun dancing on Tamma Tamma song, which was originally picturised on Madhuri Dixit and Sanjay Dutt.

Overall, the trailer looks quite promising, beautiful and totally worth the wait. Alia Bhatt and Varun Dhawan’s chemistry is quite strong and we can’t wait to see them recreating the same magic once again on the silver screen.

Watch the trailer below:

READ: Koffee With Karan 5: TOP 5 Weird and Bold Confessions Made By Varun Dhawan and Arjun Kapoor