Former Miss World Aishwarya Rai Bachchan has finally made it to the Cannes Film Festival 2018 relieving Deepika Padukone off her duties as a L’Oreal ambassador! Aishwarya along with much awaited Cannes appearance also made her Instagram debut recently. While her Instagram account is brimming with posts about her adventures in Cannes, let us take a look at the outfits she graced us with!

Aishwarya gave us all major summer goals with her first outfit in the French Riviera. The actress chose to wear a Manish Arora creation. The powder blue off shoulder gown was embellished with orange, pink, purple and iridescent sequins. The blue outfit was complemented by purple earrings, cascading burgundy locks and minimal make up.

A post shared by AishwaryaRaiBachchan (@aishwaryaraibachchan_arb) on May 12, 2018 at 3:59am PDT 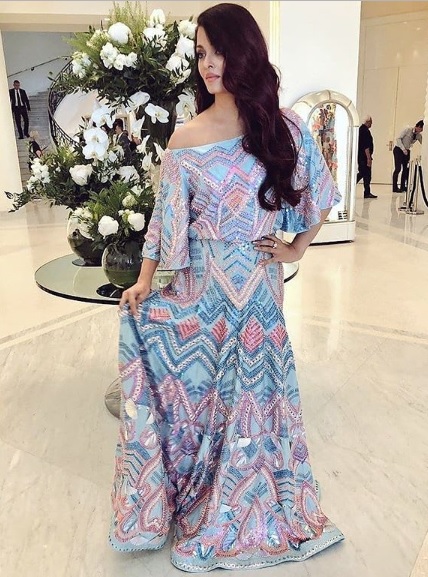 For her first red carpet appearance at Cannes 2018, like always Aishwarya managed to turn heads. The actress wore a butterfly motif gown with shades of purple, blue and pink along with an ultra-dramatic cape by Dubai-based designer Michael Cinco. The three-meter long cape had intricate silk thread work and Swarovski crystals. Aishwarya Rai finished off her look with a dramatic purple eye liner, sleek hairstyle and a hanging chandelier earrings. 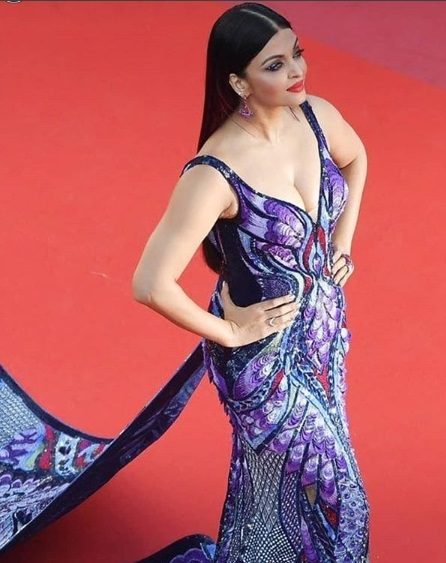 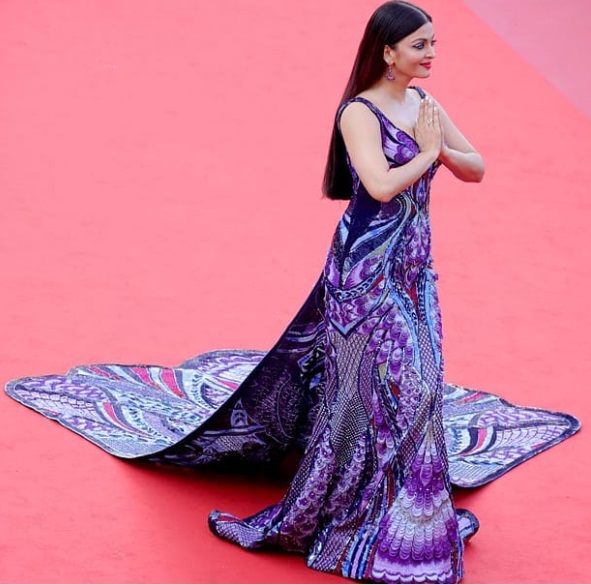 Although hearts were stolen not just by Aishwarya’s elaborate gown but by her daughter— Aaradhya Bachchan. Ever since her birth, the little girl has accompanied her mother to the film festival in the French Riviera, this year was no different. However, this year Aishwarya had a special escort to the red carpet! Little Aaradhya clad in a red dress walked alongside her mother till Aishwarya hit the red carpet. In a short video posted on her Instagram account we see a smiling Aish twirling Aaradhya.

A post shared by AishwaryaRaiBachchan (@aishwaryaraibachchan_arb) on May 12, 2018 at 10:15am PDT 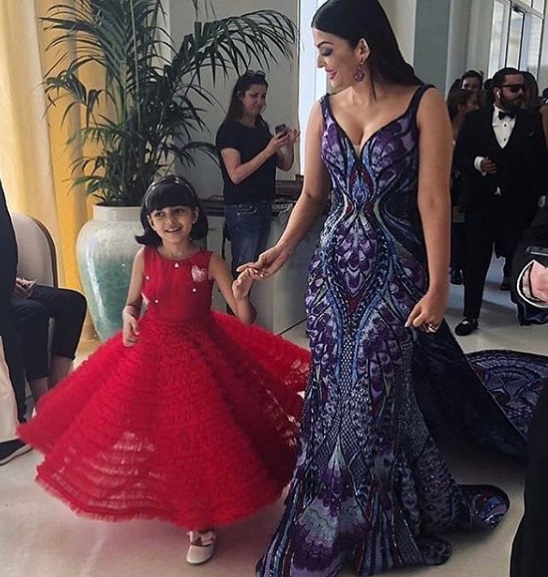 For her third outfit of the day, the actress chose to don an all-black pantsuit by Giorgio Armani and channel the boss lady that she is!Red lipped Aishwarya chose to wear her parted hair in a low ponytail and accessorized with simple earrings, rings, a black Jimmy Choo clutch and black embellished strappy heels by Viviana Vignola’s brand Racine Carrée. 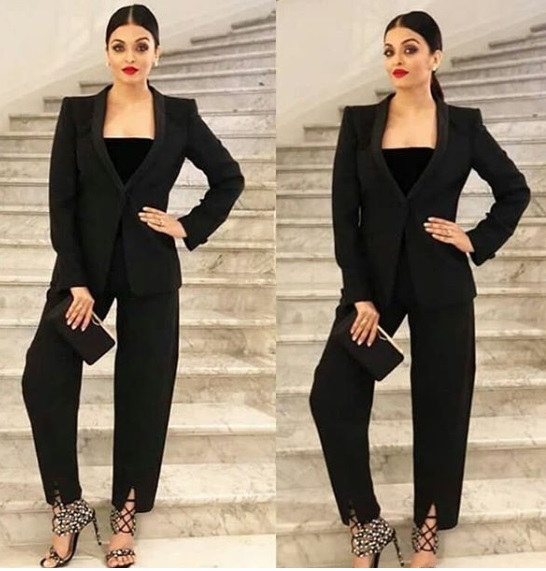 So far Aishwarya Rai Bachchan’s day one of Cannes has given us many goals. Let us see what tomorrow has in store?