Many of us didn’t knew when did George Clooney started the tequila business and how did he grew with this interest. Clooney, Gerber and Meldman created the tequila brand in 2013. While three of these friends were building a side-by-side vacation homes in Mexico, they used to party a lot and have tequila.

After tasting different tequilas, Clooney thought of why not having their own tequila which would be perfect for us to drink? His friend quickly jumped and started looking for distiller in Mexico. After getting samples from different distillers and tasting those, they just had that perfect taste which they were looking for.

Gerber said, “George opened the sample, poured one for me, poured one for him, and we tasted it. We both looked at each other, had another taste of it, and we were like, ‘This is it. It’s perfect.”

Casamigos brand name comes from“house of friends”,which clearly means it was not meant for business and public. Clooney and Gerber used their brand of tequila only between their family and friends,“It was just for us,” said Gerber. 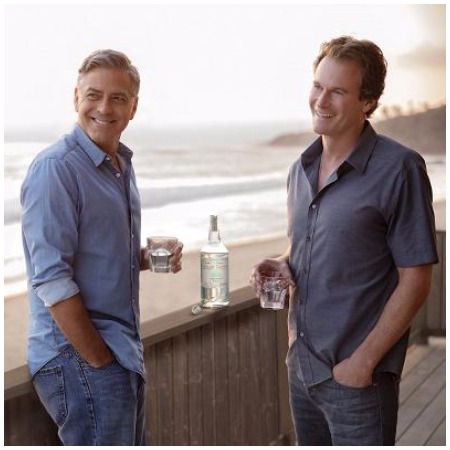 The Casamigos became a company when distiller called and said, “Hey guys, we have a little problem: In the past two years, we’ve been sending you about a thousand bottles a year. Either you’re selling it or you’re drinking way too much — either way, we can’t keep calling it samples. You guys have to get licensed and do this right.”

Gerber tells CNBC: “This all happened naturally. We just wanted the best tequila for us to drink — so when it turned into a business, it was easy, because we didn’t really care about whether or not it was a huge success or not.”

“If you asked us four years ago if we had a billion dollar company, I don’t think we would have said yes,”Clooney said in a statement to Fox News.

What started as passion turned into a billion dollar business for George Clooney and his friends. Diageo bought George Clooneys’ Casamigos for US$1.3 Billion. Diagoe will intitally pay $700 Million and the rest in the period of next 10 years depending upon the Casamigos performance.

Clooney said, “This reflects Diageo’s belief in our company and our belief in Diageo. But we’re not going anywhere. Still be[ing] very much a part of Casamigos” and will be enjoying “a shot tonight. Maybe two.”