She came, she wrestled, and she conquered, not the elite gold, but the brazen bronze, but as she waved India’s flag with that smile, her name was written in gold, across the hearts of a billion Indians. Yes, we are talking about Sakshi Malik, the Haryanvi miracle from a state that has the worst sex ratio in India, a girl who was told time and again that wrestling was not a sport for females, a girl who fought it all, swam against the tides, and stood smiling, with glow of all that tussle finally paying off in the form of that medal that hung from her neck, the Indian flag that flew like a cape around this superwoman.

Also Read: Sakshi Malik and P.V.Sindhu Win Medals and Hearts of All

So today, let’s take a few moments to celebrate this phenomenal individual, by looking into lesser known, yet inspirational facts about Sakshi Malik.

1. She was born in a small village called Mokhra, near Rohtak, which has a sex ratio even lower than 800, the least, even by Haryana’s standards.

2. Her coach, Ishwar Sigh Dahiya, was on the receiving end of much criticism, when he chose to train and mold Sakshi for wrestling.

3. Sakshi started training at the young age of 12, in an ‘akhara’ full of boys, where she was constantly reminded that wrestling was not a female’s cup of tea.

4. Sakshi is also an employee at Indian Railways among other 35 other athletes, who on winning the bronze was awarded RS 50Lakh from thh Indian Railways. 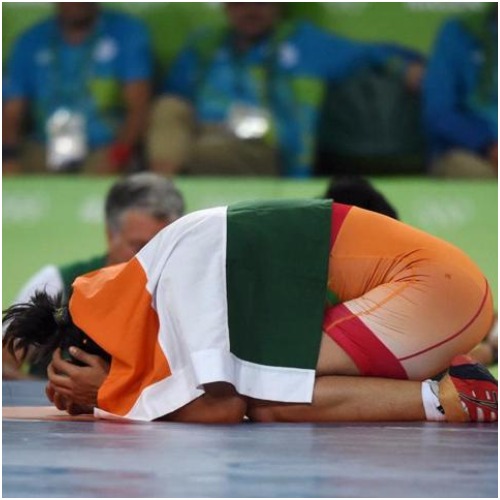 6. Sakshi is now the fourth Indian wrestler and the first female wrestler, who has brought laurels to the nation with an Olympic medal, her predecessors being Yogeshwar Dutt (2012), Sushil Kumar (2008, 2012), and Khashaba Dadasaheb Jadhav (1952).

7. Her parents, specifically her mother Sudesh Malik, was instrumental in bringing her into the sport, owing to her interest in the same, and supporting her throughout, despite the protest from the locals. 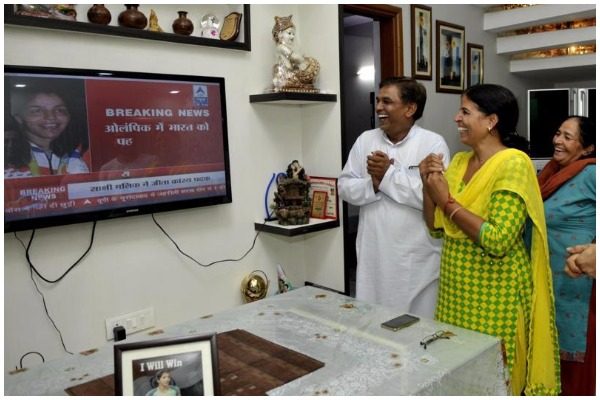 That’s Sakshi Malik for you ladies and gentlemen. Take a bow. Take a bow!

0 0 0
Previous : 5 Super-Easy Ways to Prevent Wrinkles While Sleeping
Next : #ChangeTheRhyme of Beauty with Dove and Blush